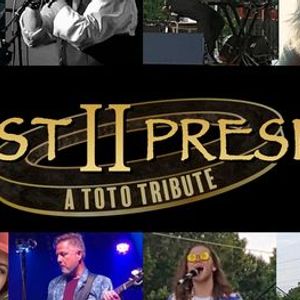 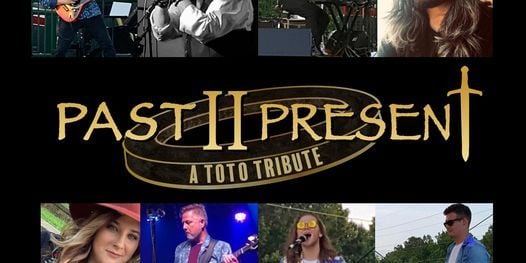 Presenting…Past II Present, The Optimum Toto Tribute Band- Memories, Moments and Music Tour! This band is for the music lover in us all. Everyone has a memory and a song that takes you back somewhere in time. The Past II Present live experience features all of your favorite Toto hits such as "Africa", "Hold The Line” and "Rosanna" coupled with various hit songs written by Toto members and recorded by other successful musical artist such as Michael Jackson, George Benson, Boz Scaggs and more! You will encounter a masterful recreation of the music we all love while hearing the backstories of their moments together and the rich history and influence that Toto has brought to the world of music.
Who We Are
Past II Present was formed in 2018 by lead singer, Dale Brock. The band is comprised of Rusty Duke on bass guitar, Dave Graef, on lead guitar. Mike ‘Juice’ Kyle on keyboards, Noah Hungate on drums (son of David Hungate, original bassist for Toto), David Crutcher on additional keyboards with Clay Duke and Ashley Martin on BGV’s.
With over 30 + years experience this band collectively has toured and played with such artists as: Jimmy Buffet, The Eagles, Peter Frampton, John Mellencamp, Michael Jackson, Rascal Flatts, Reba, Wynonna, Lee Greenwood, Restless Heart, Lonestar, Little Texas, Randy Houser, Kid Rock, T. Graham Brown, Amy Grant, Michael W. Smith, Carman, The Band Perry, Brooks and Dunn, Colbie Caillat, Dan Seals, James Otto, Chris Knight and many others.

You may also like the following events from Mockingbird Theater:

Tickets for Past II Present: A Toto Tribute Band can be booked here. 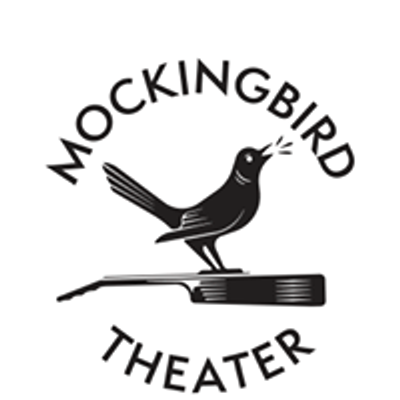