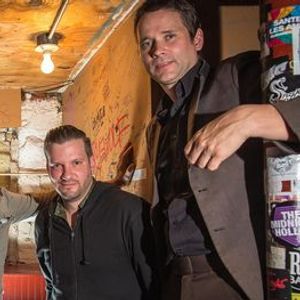 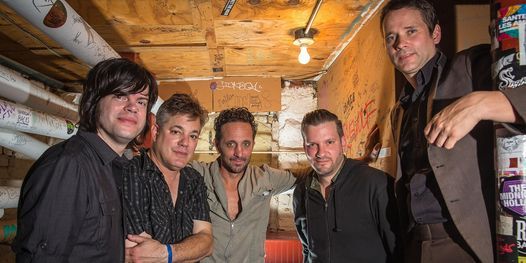 $13.00 no-fee tickets on sale now
Breaking new ground within the exploration of pure-styled rock & roll, Ike Reilly unveils an unusual ability as a songwriter, venturing to assault the ruggedness of hard rock tones and forwarding crude and fierce lyrics within his songs. Born in the little town of Libertyville, IL, Reilly has followed a trail separate from most of today's singer/songwriters -- unlike other such artists, Reilly prefers the harshness of intrepid rocking riffs, sustained by ingenious melodies and exalting words. A wave of enthusiasm within the indie music scene was motivated by his debut album, Salesmen & Racists, which hit record stores in 2001. Nevertheless, his path within the music world began years before in the late '80s, while he was still in Libertyville.

During that time, Reilly played with the Drovers, a Celtic rock band active in Chicago's club scene. After the Drovers, he moved on and formed the Eisenhowers, by then enjoying reasonable success on the local club circuit. Following the Eisenhowers, Reilly assembled Community 9, dedicating most of the band's activity to classic themes of punk rock.


At the beginning of the '90s, Reilly decided to retire. During the years that followed, the musician worked on all kinds of jobs, from hotel doorman to cemetery worker, only to return to music almost nine years later. Reilly's chance showed up when Mike Simpson of the Dust Brothers listened to a demo tape containing some of his work. A few months later, Reilly signed a contract with Republic Records, and Salesmen & Racists, his successful debut album, hit record stores in July 2001, with recording credits including Reilly himself, Ed Tinley, and Mickey Petralia, previously responsible for the work of artists like Beck, Eels, and Luscious Jackson. Released in 2004, Sparkle in the Finish traded in the surrealist hip-hop of Salesmen & Racists for pure rock & roll swagger, while 2005’s Junkie Faithful adopted a dry-humored, Nick Lowe/Chuck Prophet-inspired style of pop/rock. The soulful, blues-tinged We Belong to the Staggering Evening arrived in 2007, followed in 2008 by the two-disc set of odd and ends Poison the Hit Parade and the Dylan-esque Hard Luck Stories in 2009. ~ Mario Mesquita Borges

Tickets for The Ike Reilly Assassination Fall Tour at The Brass Rail can be booked here.

Event Photos
There is no photo available at this moment
Nearby Hotels 1121 Broadway,,Fort Wayne,46802,US, United States
Report a problem ?