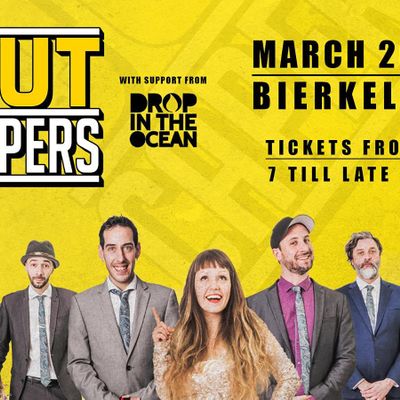 Cut Capers with support from Drop in the Ocean 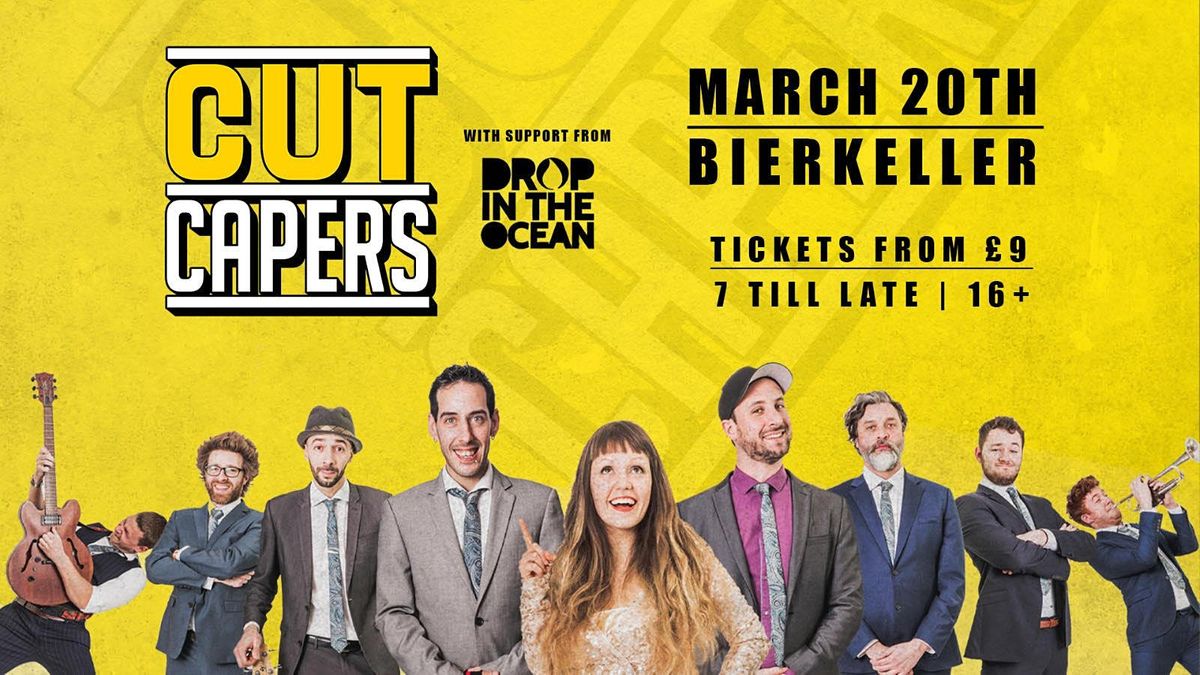 Cut Capers with support from Drop in the Ocean

Cut Capers and Drop in the Ocean

CUT CAPERS & DROP IN THE OCEAN

CUT CAPERS are a 9-piece Bristol band whose energetic live performance and infectious sound have won them a cult following on the British festival scene. Mixing a swinging vintage-style brass section (think Caro Emerald) with funk, soul and hip-hop.

Like all the best bands, (and many of those on Freshly Squeezed Music) their sound is hard to pin down but comparisons have been made to “Madness, The Streets and Lily Allen” among many others (The Bristol Magazine).

Cut Capers have established themselves as go-to festival favourites, playing headline shows and main stage performances at some of the UK’s biggest festivals including Glastonbury Festival (official) and Boomtown Fair.

They have now performed in over 50 cities across 8 countries including Italy, Turkey and Bahrain.

DROP IN THE OCEAN

(DITO) are a 4 piece, up and coming, group of alternative musicians, taking heavy influence from their music tastes in, Reggae, Ska and Indie Rock music.

Going down a storm at festivals and venues around the South West during last year, DITO have been awarded both Devon schools Battle of the bands and came out on top at Grinagog introducing.The band have been busy writing new music ready for the festival season and are excited to introduce several new originals to their set which have already been greatly received at this year’s early show dates.

You may also like the following events from BierKeller Exeter:

Tickets for Cut Capers with support from Drop in the Ocean can be booked here.

BierKeller Exeter
Follow Contact
About The Host: BierKeller Exeter is here! With #PubQuiz, #LiveSports, #ComedyClub, #OompahBand, and #ApresSkiParties there is something great every night of the week!
Website Link: http://bierkellerexeter.com
Nearby Hotels Bierkeller exeter, 4 the quay, Exeter, United Kingdom
Event details from Eventbrite Report a problem ?