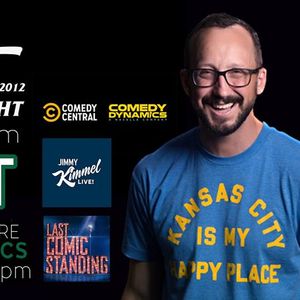 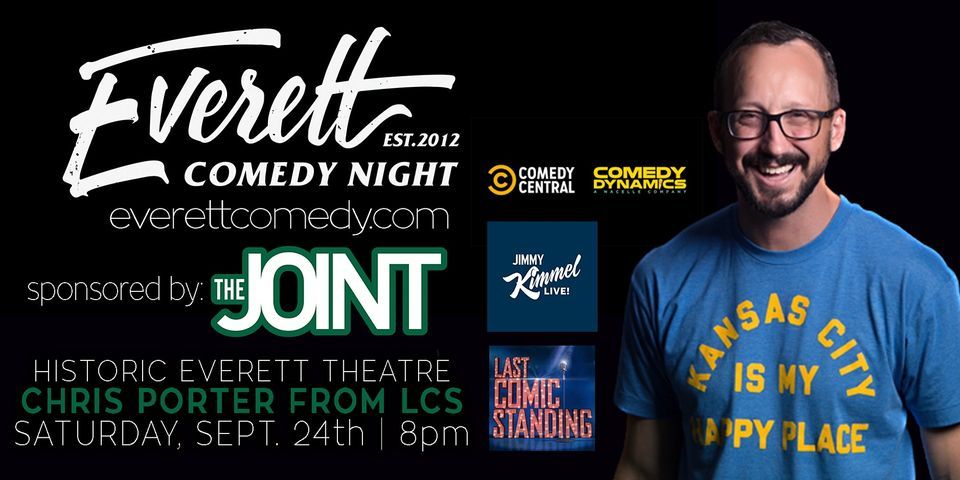 FREQUENTLY ASKED QUESTIONS:
IS THE SHOW 21+?
The show is 21+ encouraged but not required.

WILL THE SHOW HAVE FOOD AND DRINKS?
Historic Everett Theatre does beer, wine, liquor, and snacks!

WHAT TIME DO THE DOORS OPEN FOR THE SHOW?
7pm doors as long as Cory has his shit together :)

HOW LONG IS THE SHOW?
The show will run an hour and a half including host Cory Michaelis, opening comedians, and headliner Chris Porter

IS THE SHOW DIRTY?
The show is family friendly if your family is cool ;) But, yes, there will be some PG-13 and maybe R-rated material.

BIO:
Best known for his 3rd place appearance on season 4 of NBC's Last Comic Standing and his one-hour special 'Ugly & Angry' that was one of Netflix's top rated specials for three years, you may also know this Kansas City native from his very own Comedy Central Presents special, his comedy albums 'Lost & Alone' and 'Screaming From the Cosmos', his appearances on Tommy Chong's Comedy @ 420 on Showtime, the Arsenio Hall show, Comedy.TV, or your favorite local comedy club.

Chris Porter is a simple man in a complicated world where dudes send pictures of their genitalia to women and burgers have a backstory. Born and raised in Kansas City, Chris brings a true stand-up experience to his live shows. There are no sound cues, no puppets, and no catch phrases. Just gut wrenching laughter drawn from his own experience and observations.

You may also like the following events from Historic Everett Theatre:

Tickets for Chris Porter from LCS in Everett can be booked here.