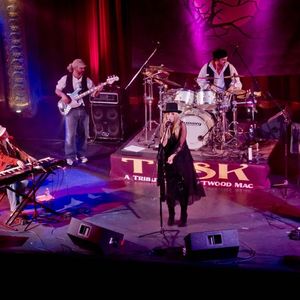 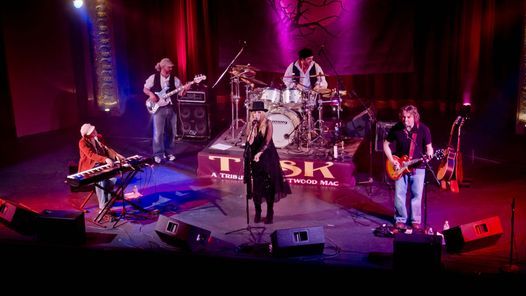 Tusk & Eaglemania, originally scheduled for Friday, September 25, 2020 at 8pm, has been rescheduled to Saturday, September 18, 2021 at 8pm. Your tickets will be honored at the rescheduled date. Please contact the Box Office at Ym94b2ZmaWNlIHwgYmVyZ2VucGFjICEgb3Jn for more information.

No wigs, no backing tracks, no gimmicks, just five musicians recreating the music of Fleetwood Mac to perfection with note for note renditions that no other Fleetwood Mac tribute on the touring scene today can come close to duplicating. Tusk covers all the great hits of Fleetwood Mac, which has featured the talents of Mick Fleetwood, Christine and John McVie, Lindsey Buckingham, Stevie Nicks and others over the years.

Eaglemania has evolved into a nationally touring tribute to The Eagles, performing to sold out audiences everywhere they go. Their combination of heartfelt ballads, rock anthems laden with guitar harmonies, and the unmistakable sound of vocal harmonies as only the Eagles can do, has propelled the band for the past 40-plus years, positioning them as one of the most successful and popular bands in music history. Eaglemania performs all the hits of the Eagles, as well as Don Henley, Glen Frey, and Joe Walsh’s solo albums.

You may also like the following events from bergenPAC (Bergen Performing Arts Center):

Tickets for Tusk & Eaglemania can be booked here.