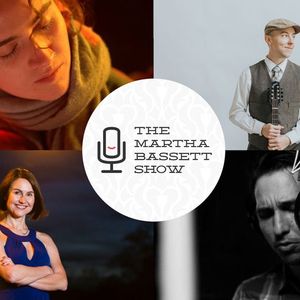 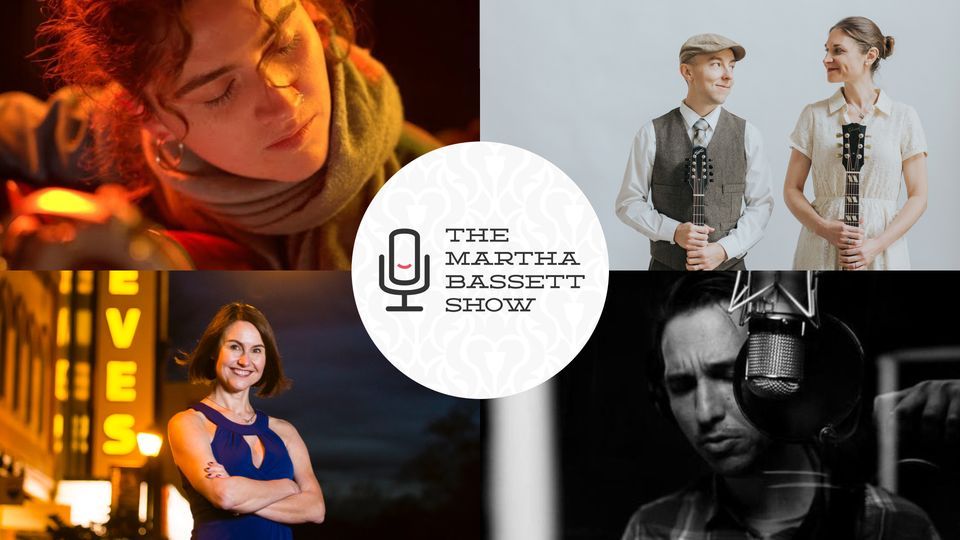 The Martha Bassett Show welcomes Annie Mack, Ordinary Elephant, and Django Haskins to the show! This old-time inspired radio show is recorded live at the Reeves Theater in Elkin, NC and is broadcast on 88.5 WFDD, live streamed to social media, and presented as a podcast. It features the music of national and regional artists along with the music of Martha Bassett.

ANNIE MACK – Annie is a soulful singer and unflinching songwriter who writes from the gut and demands your attention.Raised in North Minneapolis and currently living inRochester, MN, Annie Mack grew up in the 80s, influenced by the rich Twin Cities music scene. "I think it was just by environment,” she says. “Music was such a big part of my youth--just the sound track really. I think about The Gap Band, of course, Prince, all the funk and the soul.”Inspired by her mother’s love of music, she started singing, performing at local joints. “After my mother passed away, the thing that really stood out to me was to do something that you like before you leave this life." Although never intending it to be a career, it quickly became one.Working her way through the Midwest bar scene, Mack built a reputation as a powerhouse blues singer getting national recognition at some of North America’s top festivals, including The John Coltrane Jazz Festival, Thunder Bay Music Festival, Twin Cities Jazz Festival and the Bayfront BluesFestival for 6 years running.

In addition to playing some of the top blues and jazz clubs like BuddyGuy’s Legends (Chicago) and The Dakota (Minneapolis), Mack has recently garnered the attention of indie rock tastemakers like The Current, landing her gigs at prestigious performing arts centers and rock venues like First Avenue--the iconic club where Prince filmed Purple Rain. She has shared the bill with such wide-ranging artists as Dessa (hip hop), Ondara (folk), Cloud Cult (indie rock) and blues legend Robert Cray. She is featured in the book 50 Women in the Blues, alongside BessieSmith, Bonnie Raitt, Mavis Staples, Sister Rosetta Tharpe, Ruthie Foster and Janis Joplin.

In 2013, Mack released her debut album Baptized in the Blues, which put her on the blues map and established her as a powerhouse performer and singer. After keeping up a rigorous touring schedule ,she took time off to record her 2017 EP Tell It Like It Is--a more personal collection of songs about recovery and healing that showcased her serious songwriting chops. Now, with the release of her new recording Testify (2021) she solidifies her position as a top-tier singer, songwriter and producer who has found her musical home, performing her own unique blend of blues, country, rock and soul. The release finds her confident and comfortable, owning her place as a rising star in the roots music scene.

When not busy making music or rearing her three children, Annie Mack works as a death doula, accompanying people who are dying and supporting their families.

ORDINARY ELEPHANT – “Keep kind all that rises from your chest to your tongue. Don’t ever let your words undo the work you’ve done,” sings Crystal Damore on “Worth the Weight,” a song that beats at the heart of Ordinary Elephant's potent new album, Honest. In the song, it's a two-line enjoinder from an adult to a kid. In life, though, it's a mission statement for ourselves as much as for others. And the work that Crystal, along with her husband Pete, has done on Honest is both filled with kindness and worthy of praise.

Interestingly, if not ironically, in order to accomplish this new work, Crystal and Pete had to set aside the work they'd done previously, as a veterinary cardiologist and a computer programmer, respectively. The two met at an open mic in College Station, Texas, in 2009 and soon moved to Houston together. With her on acoustic guitar/lead vocals and him on clawhammer banjo/harmony vocals, the work of music continued on the side as both had full-time jobs, until they threw all caution to the wind and hit the road in an RV.

Leaving the stability of a day job and the security of a career didn't come easily for Crystal. “It took a lot of time — and help from Pete — for me to get to the point that I was okay with leaving the career I spent my whole life in school working toward, to the degree that I was leaving it,” she admits, adding, “to be okay with the fact that it may not be what other people want, but it was what I needed, and that was the important part.”

Bitten by the creative bug at an early age, Crystal had set most of that aside to focus on school and work: “Living on the road, before doing music full-time, gave my creative side the breathing room it need to come back out.”

And, boy, has it ever come out now that they've both committed fully to Ordinary Elephant. In song after Honest song, the Damores take on what it means to follow your heart and eschew all the expectations, assumptions, and limitations projected upon you by others. They also use their own life experience to point out that the “safe” route can be anything but safe, as they do in “Rust Right Through.”

DJANGO HASKINS – A songwriter based in North Carolina, Django Haskins has fronted the pop-noir band, The Old Ceremony, since 2004. He also forms one half of the psych-folk duo Au Pair with the Jayhawks' Gary Louris. He has toured. He has been written about. In 2016 he received the NC Arts Council's Artist Grant in recognition of his extensive creative exertions. He has been a part of the traveling circus known as Big Star's Third since its inception in 2011. He has released a dozen albums of his songs in various guises.

SHADOWLAWN is his first solo record in 17 years. It began as a series of experimental recordings in his newly built studio, and eventually evolved into a kind of late-summer song cycle full of meditations on death, love, fear, wanderlust, and exploration of interior worlds. The 1966 Nancy Sinatra recording of "Bang Bang" and Angelo Badalamente's work with David Lynch provided sonic touchstones for the album, with their extensive use of negative space and simultaneously lush and spare atmospheres. As twenty-some songs were whittled down to eleven, banjo and baritone guitar alternated with piano in accompanying the unusually exposed vocals, leaving plenty of space for listeners to fill in the spaces with their own imagination.

You may also like the following events from The Martha Bassett Show:

Tickets for Annie Mack / Ordinary Elephant / Django Haskins – Live at the Reeves can be booked here.