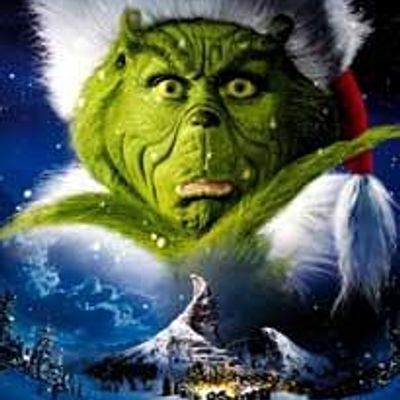 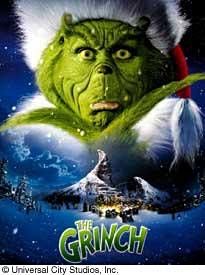 $5.00 Admission - One free popcorn with each paid admission

He's mean, he's green, and he's doesn't like the Yuletide season one bit -- Jim Carrey stars in this live-action adaptation of the classic children's story by Dr. Seuss (aka Theodore Geisel). High atop Mt. Crumpet, the Grinch (Carrey) observes the residents of Whoville joyously preparing to celebrate Christmas. The Grinch was born in Whoville years ago, but was shunned due to his scary appearance, and his unrequited love for Martha May Whovier has turned him bitter; the good cheer of the Whos has been a thorn in his side ever since. Finally the Grinch decides he's had enough of all this happiness, and with the wary aid of his dog Max, the Grinch conspires to steal Christmas from Whoville, making off with their presents, holiday decorations, Christmas trees, and everything else used to enjoy the holiday. Molly Shannon, Christine Baranski, Jeffrey Tambor, and Clint Howard play several of the citizens of Whoville, while Anthony Hopkins narrates (taking over from the late Boris Karloff, who memorably read Dr. Seuss' story in Chuck Jones' 1966 animated adaptation of the story). Ron Howard directs.

You may also like the following events from El Reno Community Theatre:

Tickets for How the Grinch Stole Christmas can be booked here.