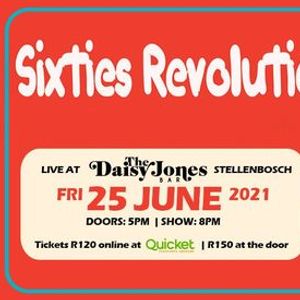 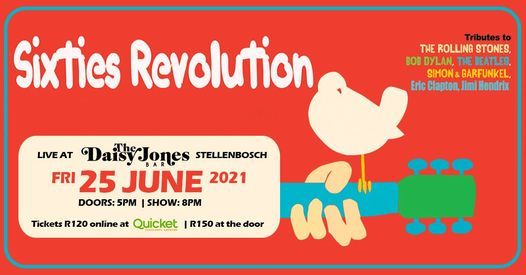 This crowd-pleasing show, incorporating authentic and sterling impersonations and blistering guitar solos, will have the audience carried along on a flood of good vibrations, treating ‘60s music nostalgists to an exciting musical journey into the past with timeless classics such as “Mr Tambourine Man”, “Purple Haze”, “Sunshine of Your Love”, “Riders on The Storm”, “Jumping Jack Flash”, “The Sound of Silence”, “She Loves You” and many more!

Food and drinks available at the venue.
First-come-first-serve on seating.
No mask, no entry.

Duck Chowles, Andy Murray & The Retro Rewind Band pay tribute to a decade, the ‘60s, that marked a time when pop music became more than a teenage fad, but an important art form in its own right, as it sound tracked the hippie heyday & the Vietnam War.

The Retro Rewind Band features musical genius & celebrated performer, Duck Chowles, of Barnyard fame, on acoustic guitar & vocals, Andy Murray, also of Barnyard fame on electric guitars & vocals, as well as accomplished, like-minded musicians, Alan Llyod on drums & bassist Karl Hering, who both also performed in various Barnyard productions. Eastern Cape-born-rock and roll artist, Duck Chowles, who is a producer extraordinaire, is a household name and together with Andy Murray, have been on the forefront of the South African entertainment industry for more than 3 decades.

It's a crowd-pleasing show, celebrating all styles of music, song & timeless classics, that will have the audience carried along on a flood of good vibrations and treat 60’s nostalgists to an exciting musical journey into the past!

Tickets for The Sixties Revolution Tribute Show can be booked here. Musiciz Entertainment
Follow Contact
Are you the host?
Nearby Hotels The Daisy Jones Bar at OMG, Eersterivier, South Africa
Report a problem ?