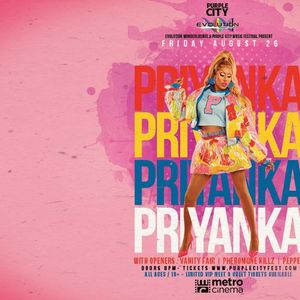 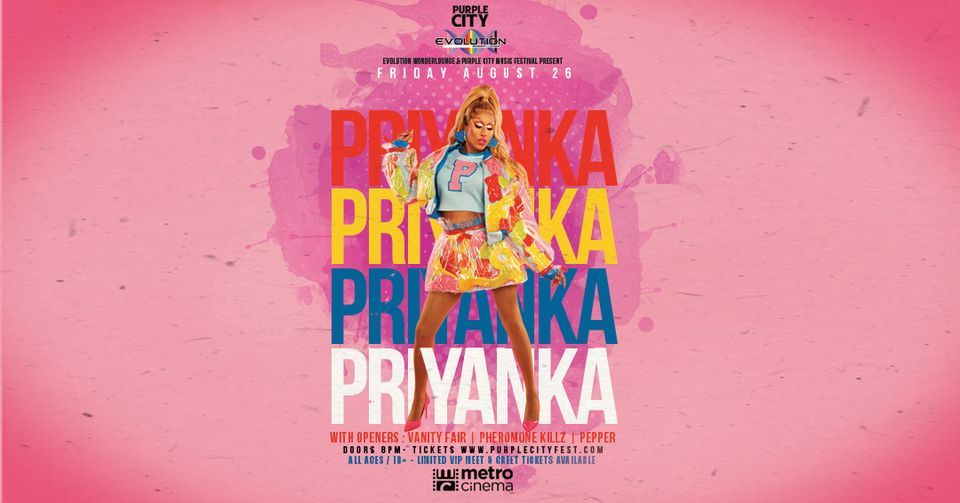 Be prepared for the full PRIYANKA experience. Featuring 2 back up dancers and full visual experience in the iconic Garneau Theatre / Metro Cinema.

She's the most exciting queen ever to grace the Canadian drag scene - and she’s the winner of Canada’s Drag Race. What’s her name?

In the spring of 2018, after being taken under the wing of top Toronto drag performer: Xtacy Love, Priyanka was born! She took the city by storm, sweeping the drag scene and snatching the crown in both the Miss Crews & Tangos pageant, and Woody’s: Queen of Halloween. She's performed in every major city across Canada, Chicago & Dominican Republic and most recently graced the cover of Now Toronto after being named they cities "Number One Drag Entertainer"

It's with that tenacity and determination that won her the first ever season of Canada’s Drag Race on Crave where she became Canada’s First Ever Drag Superstar.

You may also like the following events from Purple City Music Festival: