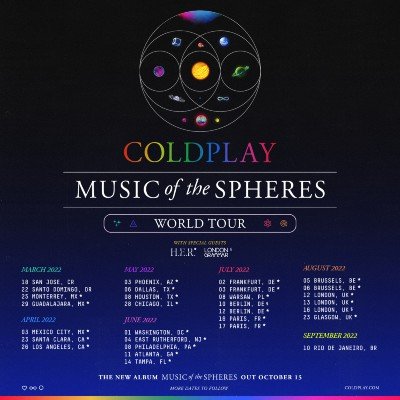 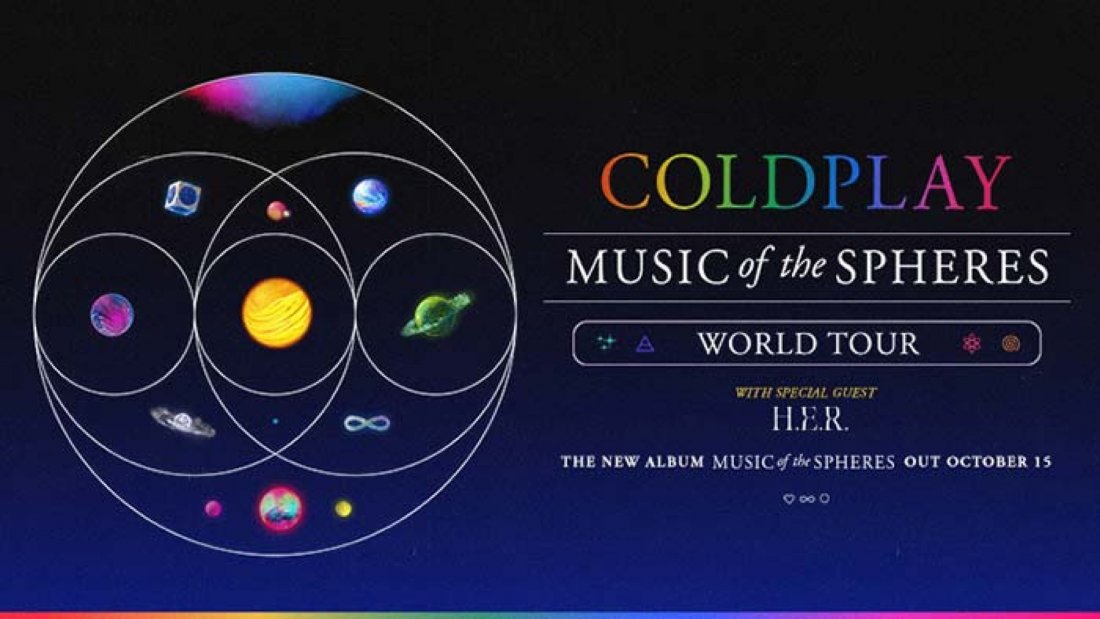 Global super pop rock band Coldplay will be hitting the road on tour in 2022 and will be performing live on stage in their Music of the Spheres World Tour! This particular live concert is scheduled to take place at the venue known as MetLife Stadium which is located in East Rutherford, NJ. The date of the event is set for June 5th, 2022.

Performer Background : Coldplay are a British rock band formed in London in 1996. The band consists of vocalist rhythm guitarist and pianist Chris Martin; lead guitarist Jonny Buckland; bassist Guy Berryman; drummer Will Champion; and creative director Phil Harvey. They met at University College London and began playing music together from 1996 to 1998 first calling themselves Pectoralz and then Starfish.

Tickets for Coldplay Music of the Spheres Tour can be booked here.