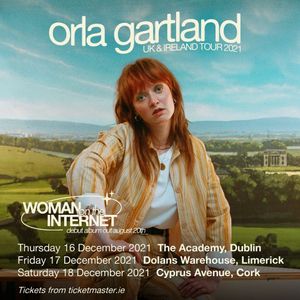 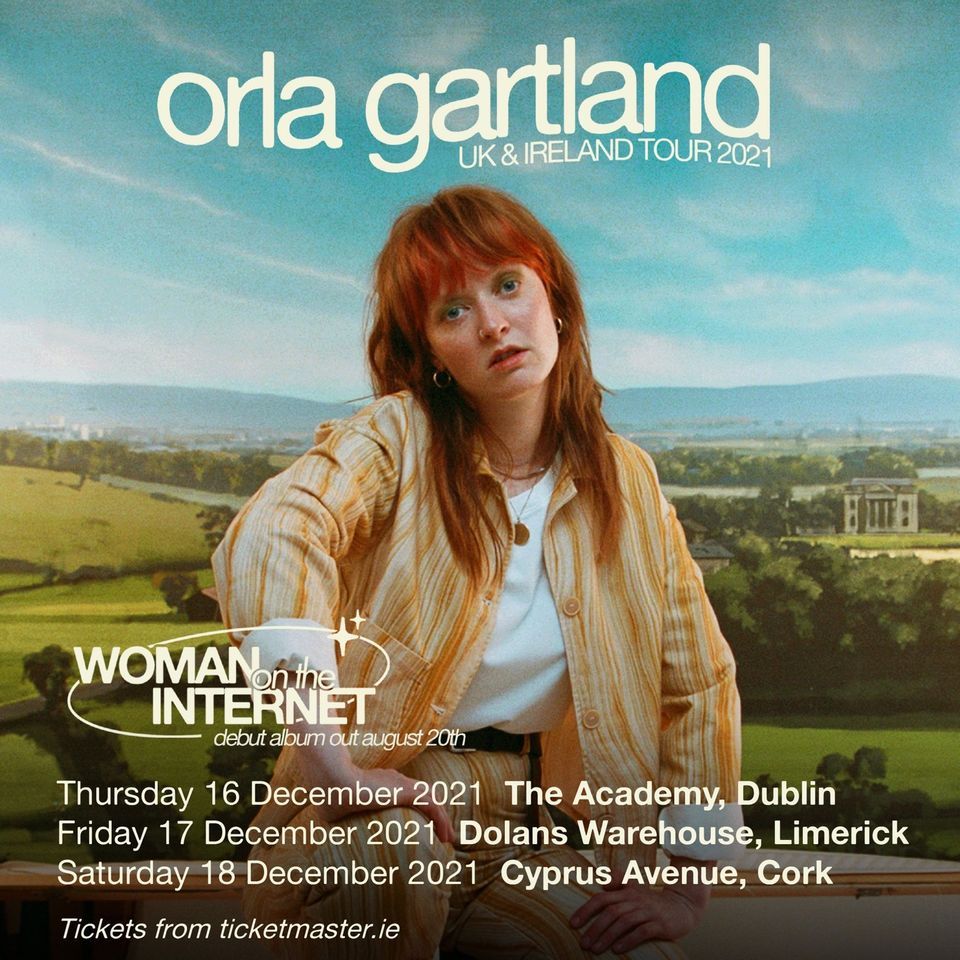 Fast-rising Dublin singer-songwriter-producer Orla Gartland today announces details of her long-awaited debut album Woman on the Internet, due for release on 20th August 2021 via her own label New Friends. Featuring the singles ‘More Like You’, ‘Pretending’ and ‘Zombie!’ and today’s new release, the tender piano-led ‘Do You Mind?’, Woman on the Internet is the culmination of years of music making, live shows and Gartland honing her production skills.

Of announcing her debut album, Gartland says “Announcing my debut album feels like a moment I've been waiting for for years. Something clicked into place last year - I grew into my role as a producer and lyrically I knew what I wanted to say. Although this album was made in 2020 it isn't laced with lockdown blues - it feels more like the soundtrack of new time to me; a sunnier time, a more hopeful time. I'm so proud of this record and beyond excited for everyone to hear it!”
In celebration of today’s announcement, Orla Gartland also announces a run of headline tour dates, set to take place across October and December 2021, including a headline date at London’s Electric Ballroom, and a hometown show in Dublin. Pre-ordering Woman on the Internet via orlagartland.com before 4pm on Thursday 10th June will grant access to the tour pre-sale, which opens at 10am on Friday 11th June. Tickets will be available on general sale from 10am on Monday 14th June. A full list of tour dates can be found below.
Listen to ‘Do You Mind?’
Pre-order Woman on The Internet
In a world where we’re taught to aspire to unattainable levels of perfection, Orla Gartland’s unfiltered honesty is a breath of fresh air. Balancing normal insecurities and a self-deprecating wit with impressive levels of self-reliance and steely determination, the Dublin-born, London-based singer-songwriter/producer has never pretended to be anything other than a work in progress, and has always used her music as a vehicle for self-discovery.
“When I was a few songs into writing the album it became clear that Woman on the Internet is about the chaos of my 20s,” she expands. “It's a different chaos to your late teens, such a different brand of angst. I feel so much more settled and sure of myself now than I was when I was 18 or 19 but I'm still just half the person I'm going to be and to capture that became really important."
Gartland explains that the album title references a nebulous, self-help-type figure. “She’s a caricature; a nameless, faceless figure telling me to eat better or buy some specific hair product; when I feel low I'm so vulnerable to questionable advice. The woman appears in these songs as someone I look to for guidance when it feels like no one in my real life can help, when I'm truly lost. A lot of this album is about learning to really own that lostness."
This commitment to honesty stems not just from self-discovery but from a desire for genuine connection. “I'd love for people to come away understanding me more, but also it doesn't have to be all about me. Even if it's the odd lyric here and there, I’d love it if people felt more understood just by listening to the album.” And, ironically, it’s precisely by embracing and laying bare these imperfections that Gartland has created her most compelling work to date, moving between alt-rock, punk, folk and synth-flecked pop, with a succession of inventive arrangements and insightful observations.

Woman on the Internet tracklisting
Things I’ve Learned You’re Not Special, Babe More Like You
Over Your Head Zombie! Madison
Do You Mind? Codependency Pretending
Left Behind Bloodline/Difficult Things
Woman on the Internet will follow Gartland’s first two acclaimed EPs, 2019’s Why Am I Like This? and the follow up Freckle Season, which was released in February last year. Between them, Gartland’s songs have amassed over 55 million streams and more than 750,000 monthly Spotify listeners, and seen her compared to artists such as Stevie Nicks, St. Vincent, Regina Spektor and HAIM.
Born and raised in Dublin, Gartland started writing songs when she was 14 years old. Unable to convince any of the 18+ local pubs and venues to let her perform, she honed her craft online, before heading out on tour the day she finished school. On her return she packed her bags and moved to London, spending the next few years writing, recording, touring and gathering fans apace.

Tickets for Orla Gartland :: The Academy Dublin can be booked here.