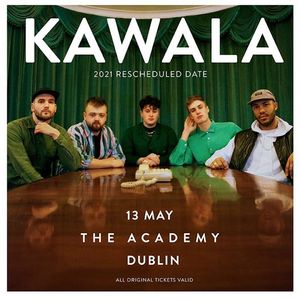 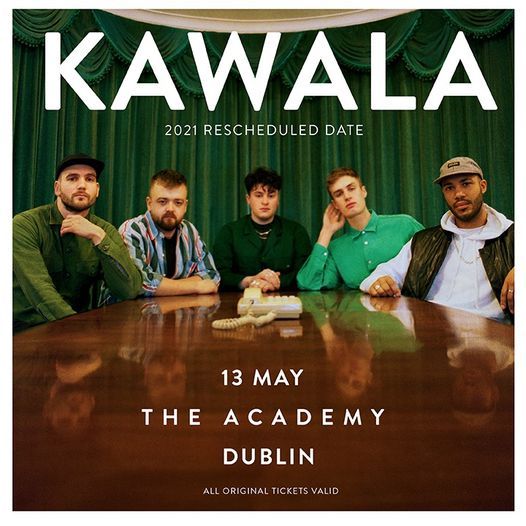 North London’s history of producing era-defining artists is one that can lay claim to some of the UK’s brightest talents, from Madness to Amy Winehouse, Adele to Wolf Alice. Now, KAWALA – one of the country’s most promising new bands – are the latest to put themselves forward for inclusion in that lineage.

Centred around the core duo of singer Jim Higson and guitarist/singer Daniel McCarthy, KAWALA aren’t your typical band. Their lush sound is cushioned with the pair’s gorgeous harmonies, driven by Daniel’s unique finger-style acoustic guitar playing, and inflected with sounds from genres far beyond the one they inhabit. In the current landscape of popular music, they stand as exciting outliers, carving their own path.

They wrote and gigged together as a duo, occasionally with now-drummer Ben Batten on cajon. The format proved successful with them booking shows across the UK and Europe, but they soon felt they’d hit a ceiling. “There was a limit to where we could take it,” Jim says of their old set-up.

It was at this point, KAWALA got what they call their “first ever win” – attention from the people behind the YouTube channel Mahogany Sessions. They joined the likes of Laura Marling, Bastille, and Michael Kiwanuka in recording a live session for the channel and then became Mahogany’s first signing when they launched a record label.
With their own taste in music developing, they decided to invite some friends to join them in the band in an attempt to also expand their opportunities. With Ben now on a full drumkit, they also recruited bassist Reeve Coulson and guitarist Dan Lee.

Following the success of the session, it was with Mahogany that KAWALA released their debut EP ‘D.I.L.Y.D’ (or ‘Do It Like You Do’) in 2018, which immediately set out what they were about – sad but optimistic indie with heart, rhythm, and harmony. That record and 2019 follow-up ‘Counting The Miles’, coupled with their infectiously joyous live shows, have secured them a growing and loyal fanbase – one that has started to provide a haven for outsiders.

Building a community around their band is something KAWALA have already begun to do in London. Their friends and family are also their collaborators – their friend Frank created the artwork that adorns their EPs, backdrop at their shows, and their merch, while Jim’s brother directs their videos. “If you know someone who can do it, there’s no point getting a big name to do it,” Daniel reasons. “It’s nice to have that community. “There are artists we know in North London as well – rappers, musicians, photographers, artists and other bands in a similar place to us – that we can feel a sense of togetherness with.”

Lead single ‘Heavy In The Morning’, meanwhile, tackles exactly what the title suggests – that feeling of not being able to get out of bed in the morning and face the day. “It’s broader than just being about mental health,” Daniel explains. “It’s more of a general feeling – that can’t be bothered feeling.”


With early support from the likes of NME, BBC Radio 1’s Jack Saunders, and Clash, plus support slots with George Ezra, The Vaccines, and Dodie, a Main Stage set at Reading & Leeds 2019, and their own sold-out headline shows across the UK under their belts, the future looks very bright for KAWALA. Their aims, though, are humble. “If we keep making music that people enjoy, that makes me happy enough to keep doing it,” says Jim. He pauses, then adds completely straight-faced: “Also world domination.”

Tickets for Kawala :: The Academy Dublin can be booked here.

KAWALA
Follow Contact
Are you the host?
Nearby Hotels The Academy, 57 Middle Abbey Street, Dublin, Ireland
Report a problem ?