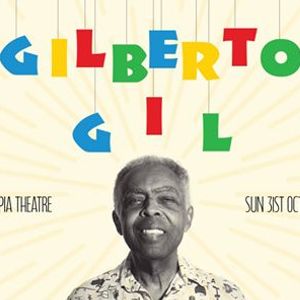 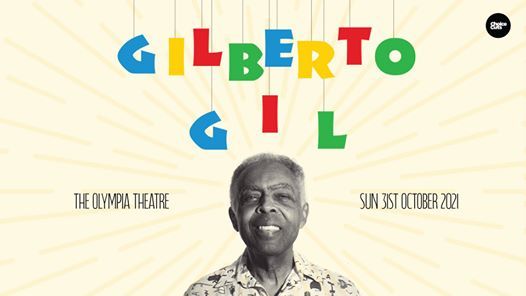 Due to Covid-19, Gilberto Gil's concert in The Olympia Theatre has been rescheduled for Sunday 31st October, 2021.

Gilberto Gil, in full Gilberto Passos Gil Moreira, (born June 26, 1942, Salvador, Bahia, Brazil), Brazilian multi-instrumentalist, singer, and songwriter who was one of the leading names in Brazilian music and an originator of the movement known as Tropicália (or Tropicalismo).

Gil, who was the son of a doctor and an elementary-school teacher, grew up mostly in Ituaçu, a small town located near the Chapada Diamantina upland, in the eastern state of Bahia, until the age of nine. When it was time for him to enter secondary school, the family returned to Salvador. By that time Gil had learned to play the accordion as a result of his love for the music of the celebrated Northeastern performer Luiz Gonzaga, whose style of music (called baião) reflected the rhythms of the zabumba drum played in Pernambuco and Bahia states. When Gil was 18 years old and studying business administration at the Federal University of Bahia, in Salvador, he and others formed a music group, Os Desafinados (“The Tuneless”). Shortly after recording his first song (“Coça coça lacerdinha”), in 1962, he met and befriended other then-unknown Brazilian superstars Caetano Veloso, Gal Costa, Maria Bethânia, and Tom Zé. These and other songwriters and poets (such as Torquato Neto and Capinan) sought to transform the cultural landscape of the country. Gil, who was impressed with the music of older singer and guitarist João Gilberto, added the guitar to the list of instruments he had made his own.

In 1967 Gil released his first album, Louvação (“Worship”), after appearing on the television show O fino da bossa, conducted by singer Elis Regina. The following year Gil and his friends were swept up in the Tropicália movement, a hybridization of rock music, samba, funk, soul, and other styles that reflected the upheaval characteristic of the late 1960s. Gil’s song “Domingo no parque” (“Sunday in the Park”) was considered one of the seeds of Tropicália. In 1968 he participated in the album Tropicália; ou, panis et circensis, alongside Veloso, Costa, Neto, Os Mutantes, and others. With Veloso, Bethânia, and Costa, he later formed the group Doces Bárbaros (“Sweet Barbarians”). The military dictatorship then in power in Brazil found the Tropicália movement to be such a threat to the social order that it arrested and imprisoned Gil and Veloso in 1968, releasing them in February 1970 on the condition that they would leave the country.

You may also like the following events from ChoiceCuts:

Tickets for Gilberto Gil - Dublin - Rescheduled for 31st October 2021 can be booked here. 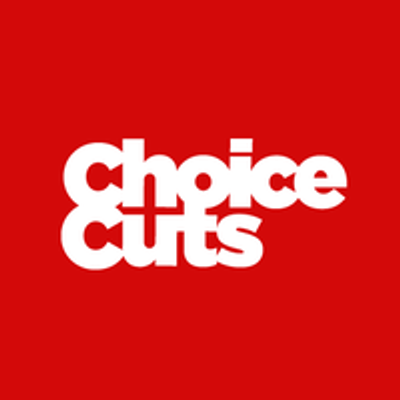