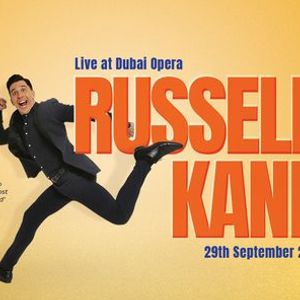 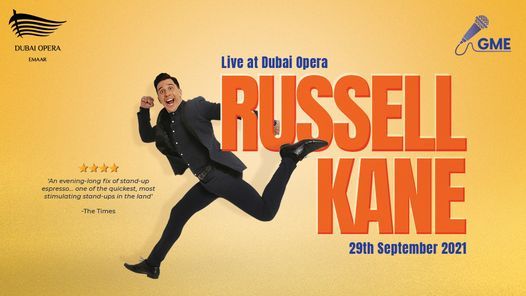 Age: Recommended age 16+.
Patrons under 16 years old must be accompanied by an adult.

Russell Kane will return to the UAE for the first time in four years on the 29th of September, presented by Dubai Opera and GME Events!

Multi-award-winning comedian, presenter, actor, author, and scriptwriter Russell Kane is best known for his stand-up, panel show, and chat show appearances. Russell has also previously hosted the BBC’s Stupid Man, Smart Phone & appeared in various other TV appearances, including The Royal Variety Performance, Live At The Apollo & I’m A Celebrity. Get Me Out Of Here.

Winner of Best Show at the Edinburgh Comedy Awards, Russell had also made history when he won both the Edinburgh Award and Melbourne Comedy Festival’s Barry Award in the same year.

Don’t miss this opportunity to spend the evening with a matchless comedian and a master in the genre!

You may also like the following events from Platinumlist.net:

Tickets for Russell Kane LIVE at Dubai Opera can be booked here.

Platinumlist.net
Follow Contact
About The Host: Platinumlist.net is an online event guide and innovative ticketing solutions provider that has been operating in the Gulf region for over a decade.
Website Link: http://www.platinumlist.net
Are you the host?
Nearby Hotels Dubai Opera, Sheikh Mohammed bin Rashid Blvd, Dubai, Dubai, United Arab Emirates
Report a problem ?