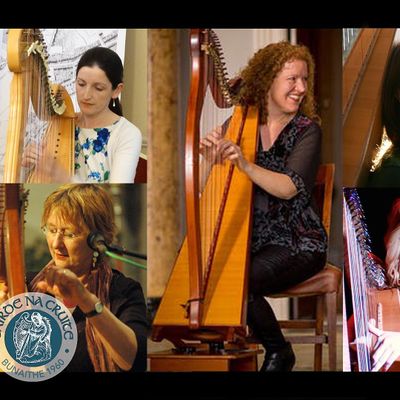 Dr Teresa O’ Donnell is one of Ireland’s leading harpist/singers. With a varied repertoire of Irish, Classical and Contemporary music, Teresa’s music will set the mood for any occasion. She has played for dignitaries and celebrities from around the globe in some of Ireland’s most exclusive venues, including Áras an Uachtaráin, Dromoland Castle, Luttrellstown Castle, Dublin Castle, Bunratty Castle, Castletown House, Adare Manor and more. Teresa holds degrees in Music and Irish from Trinity College Dublin (1998), and a Masters in Performance and Musicology. In 2000, Teresa received a Licentiate Diploma from the Royal Irish Academy of Music and a fellowship from Trinity College London. Teresa lectures in St. Patrick's Training College, Drumcondra.

Kathleen Loughnane is widely acclaimed for her arrangements and playing of the music of the Irish harpers and the moods in her playing range from the exuberant life of her dance music to the haunting beauty of her slow airs. In arranging and interpreting the music of the 18th century, her most important reference has been the living instrumental tradition, its technique, ornamentation, and energy. Her own compositions have been informed by her extensive research into traditional sources. In 1990 she co-founded the group Dordan, whose distinctive mix of Irish traditional and Baroque music led among other honours, to their winning the 1993 traditional Music Award in the Irish Entertainment Awards.

Triona Marshall has played with The Chieftains since 2003, during which time she has recorded 2 solo albums and performed in concert halls around the world. Triona was the principle harpist with the RTÉ Concert Orchestra. She studied under the esteemed harp teacher Aileen McArdle and latterly under Professor Edward Witsenburg at Koninklijk at Conservatorium in Den Haag and Daphne Boden at London’s Royal College of Music. In 2013, along with The Chieftains, Triona was awarded an honorary doctorate from Dublin Institute of Technology in recognition of the band’s contribution to music.

Deirdre Granville from Dingle, Co. Kerry is a multi-instrumentalist and singer. She has toured and performed extensively worldwide and has featured on radio, commercial recordings and TV performances both solo and with other celebrated musicians. A music graduate from University College Cork and a MA performance graduate from University of Limerick, she has won numerous solo and group performance medals. She is co-ordinator and founder of Dingle Tradfest successful music festival. Deirdre’s debut solo album was released in the summer of 2015.

Grainne Hambly, a native of Claremorris, is a critically acclaimed leading exponent of the Irish harp and concertina worldwide. Highly proficient and accomplished as a multi-instrumentalist, her expertise in tuition, master classes and concerts is in demand internationally. Gráinne specialises in teaching Irish traditional music ’by ear’ and has featured on a number of recordings; having released solo CDs and published a number of Irish traditional music books for the Irish harp.

Music Generation Louth Harp Ensemble, under the direction of Deirdre Ní Bhuachalla, brings young harpers of various musical backgrounds together, in a relaxed environment, to play a repertoire of traditional and popular music. Their most notable performances have been for Vice President of USA, Joe Biden and Ambassador Kevin F. O Malley in the US ambassador’s residence in 2017, Fleadh Cheoil na hÉireann, 2018 & 2019, Live on Fleadh TV 2018 and the Ray Darcy Show in November 2018 for a collective Harp Ireland performance to celebrate National Harp Day 2018.  The ensemble are regular attendees and performers at An Chúirt Chruitireachta, Termonfechin and look forward to being part of an exciting programme of events for the 35th anniversary in 2020 followed by a trip to the World Harp Congress in Cardiff.

Gerry O'Connor, a native of Dundalk, Co. Louth, played Irish music from an early age, winning numerous All Ireland titles between 1967 and 1973 in a range of formations including duet, trio and four Céili Band titles. Gerry's style of music focuses on the fluid, lyrical fiddle playing style of the great Sligo masters. He is regarded as one of the great fiddle players of his generation. He has played and recorded with such highly-regarded groups as Lá Lúgh and Skylark. Gerry has toured and recorded with members of all the legendary groups including Planxty, Bothy Band, De Dannan, Boys of the Lough and Chieftains. Lá Lugh's album Brighid’s Kiss was voted Album of the Year 1996 by Irish Music Magazine. His solo album Journeyman was named in the top five albums of the year 2004 by the Irish Times. Other albums include In Concert (recorded with Gilles le Bigot), Jig Away the Donkey, The High Hills of Larghy, Oirialla (with Nuala Kennedy, Martin Quinn and Gilles le Bigot) and 6 albums with the Irish-Canadian group The Irish Rovers. 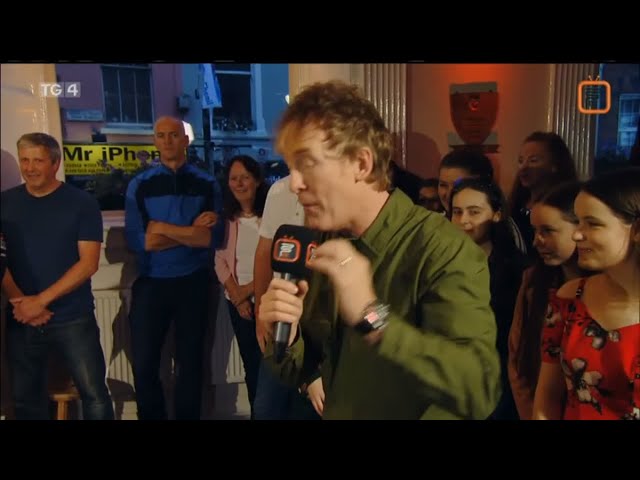 You may also like the following events from Cairde Na Cruite:

Tickets for International Festival for Irish Harp: Radharc Siar can be booked here. 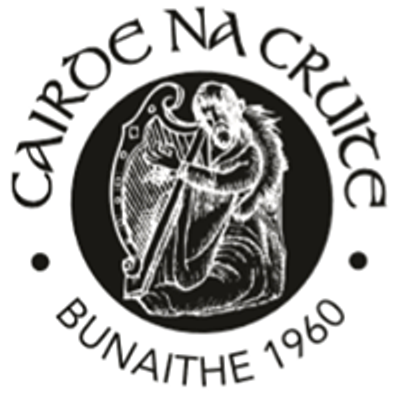 Cairde Na Cruite
Follow Contact
About The Host: Cairde na Cruite, since its establishment in 1960, has played a central role in the revival and development of interest in the Irish harp.
Website Link: http://www.cairdenacruite.com/
Nearby Hotels St. Peter's Church of Ireland, Peter Street, Drogheda, Ireland
Event details from Eventbrite Report a problem ?