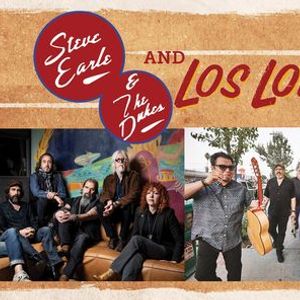 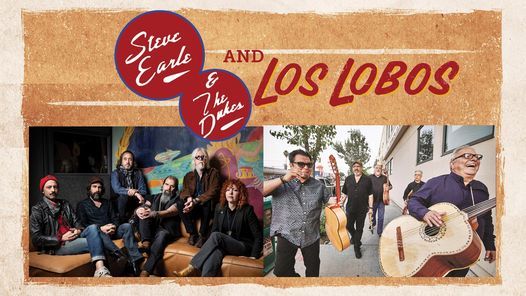 About Steve Earle One of the most celebrated singer/songwriters of his generation, Steve Earle first won an audience as a country artist, though it didn't take long for him to demonstrate that designation was too narrow to embody all he had to say. Earle's songs and his approach to performing them run the gamut from country to bluegrass to rock to folk to blues, and his populist lyrical stance, literate yet down to earth, finds room for the personal and the political, writing about the stuff of everyday lives as well as the forces that shape and define their existence. Earle's naturally rebellious nature had an impact on his personal and professional lives; his most popular and celebrated work has a strong outlaw streak, and his unwillingness to play nice with record companies (as well as his struggles with addiction and history of stormy marriages) attracted a certain breed of fans while also preventing him from enjoying consistent commercial success. However, his versatility, the strength of his work, and consistent critical acclaim had helped him attract a loyal following happy to follow his stylistic evolution. He staked his claim to country stardom with 1986's Guitar Town, and took on a harder rock sound on 1988's commercial breakthrough Copperhead Road. Toward the early '90s, his career was thrown off track by personal problems and substance abuse, but he re-emerged stronger and healthier with two of his most critically acclaimed albums, 1995's Train A Comin' and 1996's I Feel Alright. Earle celebrated his love for bluegrass on 1999's The Mountain (cut with ), while his progressive political views dominated his work from 2002's Jerusalem through 2007's Washington Square Serenade. He returned to personal themes on 2011's I'll Never Get Out of This World Alive, and made a full-bodied return to country sounds with 2017's So You Wannabe an Outlaw. About Los Lobos The journey of Los Lobos began in 1973, when David Hidalgo (vocals, guitar, and pretty much anything with strings), Louie Pereze (drums, vocals, guitar), Cesar Rosas (vocals, guitar), and Conrad Lozano (bass, vocals, guitarrón) earned their stripes playing revved-up versions of Mexican folk music in restaurants and at parties. The band evolved in the 1980s as it tapped into L.A. ‘s burgeoning punk and college rock scenes. They were soon sharing bills with bands like the Circle Jerks, Public Image Ltd. and the Blasters, whose saxophonist, Steve Berlin, would eventually leave the group to join Los Lobos in 1984. Los Lobos has sold millions of records, won prestigious awards and made fans around the world. But perhaps its most lasting impact will be how well its music embodies the idea of America as a cultural melting pot. In it, styles like son jarocho, norteño, Tejano, folk, country, doo-wop, soul, R&B, rock ’n’ roll and punk all come together to create a new sound that’s greater than the sum of its parts.

You may also like the following events from After Hours Concerts:

Tickets for Steve Earle & Los Lobos can be booked here.

After Hours Concerts
Follow Contact
About The Host: After Hours Concerts! Great National Artists under the stars!
Website Link: http://www.afterhoursconcertseries.com
Are you the host?
Nearby Hotels 13191 Dawn Blvd, Doswell, VA 23047-2012, United States
Report a problem ?