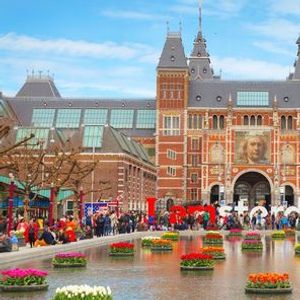 Amsterdam is the Netherlands’ capital, known for its artistic heritage, elaborate canal system and narrow houses with gabled facades, legacies of the city’s 17th-century Golden Age. Its Museum District houses the Van Gogh Museum, works by Rembrandt and Vermeer at the Rijksmuseum, and modern art at the Stedelijk. Cycling is key to the city’s character, and there are numerous bike paths. One of the best places in the World.

This gorgeous river, the Amstel, is where Amsterdam derives its name. ? The city was once a town located on a dam on the Amstel, and was originally called Amstelred Damme. Over time, the town grew into a city and became known as Amsterdam.

Join us on our Facebook Event on the day