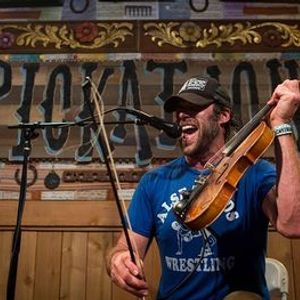 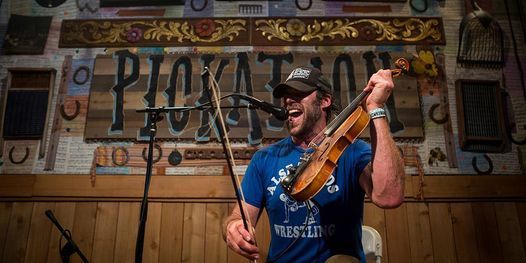 For FAQs and to buy member tickets, please visit: https://swallowhillmusic.org/shady-grove-picnic-series-four-mile-historic-park-2021/

Konrad Wert is a man of many voices. As a Special Education teacher, he is articulate and intentional. As an advocate for justice in education he is passionate. But as an artist and musician, better known by his stage name, Possessed By Paul James , his voice is expressive, holding rest and action in tandem.

After gaining recognition from NPR, The New York Times, CMT, and MTV for his celebrated live performances and 2013 Billboard-charting breakout release, There Will Be Nights When I’m Lonely , the Golden Apple winning educator took some time to reflect and reorient and under went two vocal surgeries. “The nature of being a school teacher, a public speaker, and a musician, you know, any ear nose & throat specialist will tell you that’s like a hat trick for getting a vocal surgery. So there was some time where I needed to really learn how to sing fluidly and in a healthy way while preserving the opportunity to continue as a teacher and articulate, speak, without duress.”

So what about the name, Possessed By Paul James ? “It’s partly just because of the way we play, maybe it’s due to anxiousness or anxiety, I don’t know, but just close the eyeballs and get it out,” says Wert. “But also, Paul was my grandfather, James is my dad’s middle name – so it’s a reference to something bigger than me, that there is something greater than ourselves, something that we’re in together. It’s important for us to acknowledge and be honest about that – the good, the bad, and the ugly. We are more than just ourselves.”

"There's nothing more DIY than a one-man-band, and there is no better one-man-band playing today than Austin, TX's Possessed by Paul James. Also known as Konrad Wert, James captivates audiences with his own blend of blues, acoustic and punk music, a unique sound that has earned him fans in the roots and hardcore communities alike."
— The Bluegrass Situation

"If I were to make a list of the twenty most important singer/songwriters of our time, Konrad Wert, better known under the moniker Possessed by Paul James, would undoubtedly be among those at the very top, if not the topmost artist."
— No Depression

You may also like the following events from Four Mile Historic Park:

Tickets for Possessed by Paul James can be booked here.