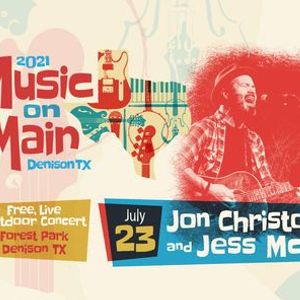 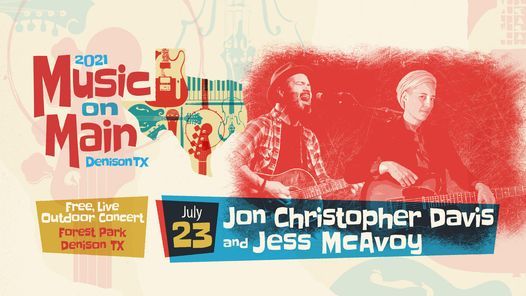 Join us for Music on Main Friday night, July 23rd

https://jessmcavoy.com/
Jess McAvoy is an Australian Artist. In 2006, McAvoy released Into the Dark, which was declared Album of the Week by Beat Magazine's Nick Snelling. The album received high accolades from The Age's Clem Bastow, who described McAvoy as "one of the best rootsy female singer-songwriters" and the album as "a stunning spectrum of songs and emotions ... [which] explores the many facets of love and life, and most listeners will find more than a few songs resonating personally".
Currently based in Brooklyn, New York, McAvoy continues to write, perform and collaborate with other artists.

Music on Main is a free summertime concert series held each year in downtown Denison. Attendees should bring their blankets or lawn chairs to enjoy the evening. The evening begins with a Facebook Live broadcast of Music Alley Happy Hour at 6:30 p.m. on Denison Live. Dine in, carry out, or order deliver from your favorite downtown eatery on your way to the concert. There will also be vendors on site. The concert begins at 7:30 p.m. This year the event is moved to Forest Park at 300 W. Crawford where there will be plenty of room for social distancing with 6 times the space.

You may also like the following events from Denison Live: