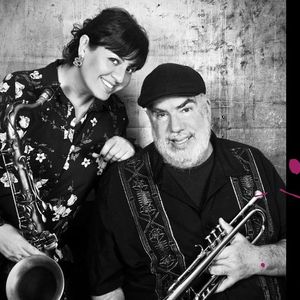 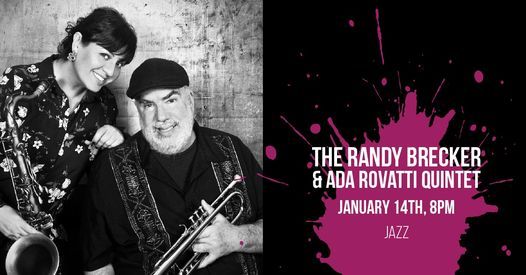 A band of first rate and world famous musicians who only get together for special events and have a ball playing together!

Jazz trumpeter and composer Randy Brecker has helped shape the sound of jazz, R&B and rock for more than four decades. His trumpet and flugelhorn performances have graced hundreds of albums by a wide range of artists from James Taylor, Bruce Springsteen and Parliament/Funkadelic to Frank Sinatra, Steely Dan, Jaco Pastorius and Frank Zappa. Born in 1945 in Philadelphia to a musical family, Randy’s musical talent was nurtured from an early age. He attended Indiana University from 1963-66 studying with Bill Adam, David Baker and Jerry Coker and later moved to New York where he landed gigs with such prominent bands as Clark Terry’s Big Bad Band, the Duke Pearson Big Band and the Thad Jones Mel Lewis Jazz Orchestra. In 1967, Randy ventured into jazz-rock with the band Blood, Sweat and Tears, but left to join the Horace Silver Quintet. He recorded his first solo album, ‘Score’, in 1968, featuring a young, then unknown 19 year-old tenor saxophonist named Michael Brecker. By 1975, Randy and Michael were ready to front their own group, the Brecker Brothers Band. A band of immeasurable impact and influence, they released six albums on Arista and garnered seven Grammy nominations between 1975 and 1981. In 1992, exactly ten years after they parted ways to pursue solo careers, Randy and Michael reunited for a world tour and the triple-Grammy nominated GRP recording, ‘The Return of the Brecker Brothers’. The follow-up, 1994’s ‘Out of the Loop,’ was a double-Grammy winner. As a composer, performer, an in-demand Yamaha clinician, and now 7x Grammy Award winner, Randy Brecker continues to influence and inspire young musicians around the world.

Tickets for The Randy Brecker & Ada Rovatti Quintet can be booked here.