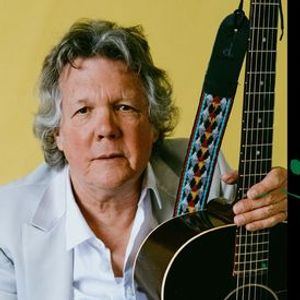 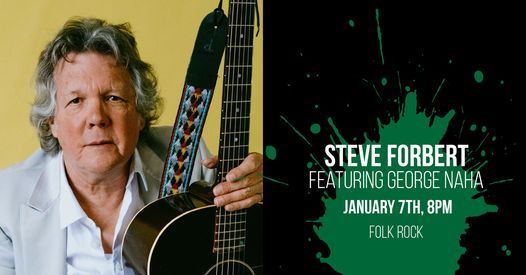 Folk-rock singer-songwriter Steve Forbert traces his journey from his hometown of Meridian, Mississippi, where he fronted a rock band; to New York City, where he scored a pop hit with “Romeo’s Tune”; to Nashville in the 1980s, where he recorded three albums; and finally, to New Jersey and his current home in Asbury Park. His 2002 album, Any Old Time, a collection of Jimmie Rodgers songs, was nominated for a Grammy award for best traditional folk album. Forbert’s songs have been recorded by Rosanne Cash, Marty Stuart, and Keith Urban. Forbert released his memoir Big City Cat: My Life in Folk Rock in 2018.

George Naha has gigged with Aretha Franklin, Donald Fagen, Steve Cropper, Duck Dunn, Roy Orbison, Melissa Manchester, Willie Dixon, Wilson Pickett, Junior Walker, Sam & Dave and many others. He has recorded with Bill Doggett, Livingston Taylor, Bernard Purdie, Jack DeJohnette, Cornell Dupree, etc. He worked for three years as house guitarist at the world famous Apollo Theater for its Wednesday night Amateur Show. George has done Jingles, TV and movie work, played on Broadway, produced records, arranged for live dates and recordings, and worked as Musical Director for many artists. He has also kept up a teaching practice for over 35 years. He is currently recording and gigging with Steve Forbert and has for the last several years.