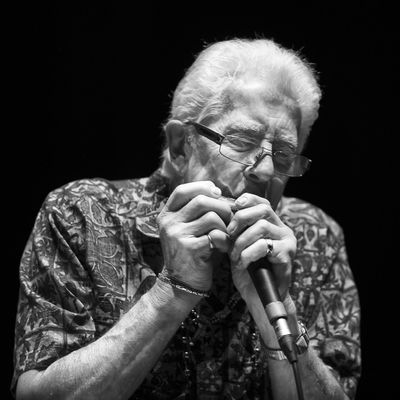 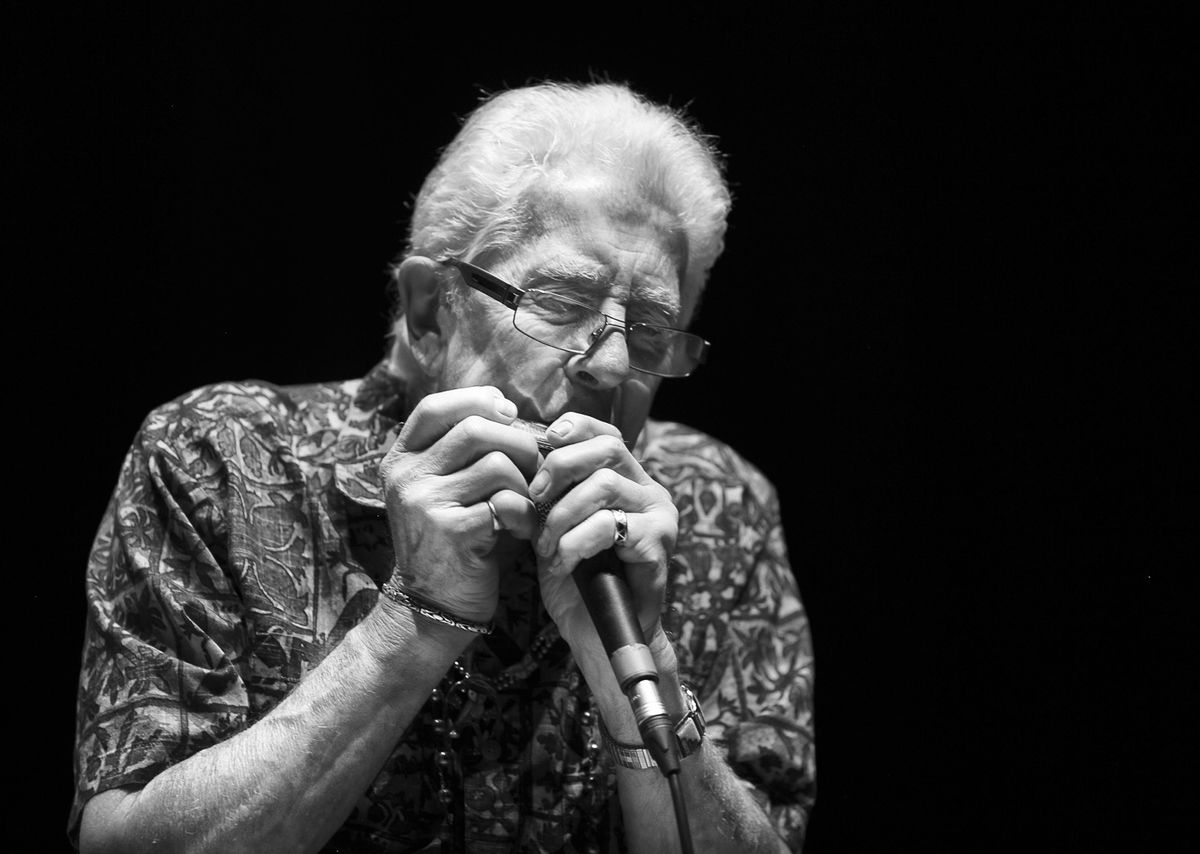 Attracted by the West Coast climate and culture, Mayall then made his permanent move from England to Los Angeles in 1969 and began forming bands with American musicians. Throughout the next three decades, Mayall became further revered for his many jazz/rock/blues innovations featuring such notable performers as Blue Mitchell, Red Holloway, Larry Taylor, and Harvey Mandel. Mayall’s popularity continued with a succession of dynamic albums including the Grammy-nominated “Wake Up Call” that featured guest artists Buddy Guy, Mavis Staples, Albert Collins and Mick Taylor.

In 2008 Mayall made the decision to permanently retire the Bluesbreakers name and in 2009 started a new era of touring with band members Rocky Athas on guitar, Jay Davenport on drums and Greg Rzab on bass. They toured together for over seven years, averaging about 100 shows a year, and are featured players on four of John’s studio albums.

John also released in 2015 and 2016 a couple of never before heard live albums from 1967 featuring Peter Green, John McVie and Mick Fleetwood, which have been enthusiastically received by critics and fans alike.

In August 2016 there was another big shift when thunderstorms prevented Rocky Athas from attending a festival, compelling John, Greg and Jay to perform as a trio. The sound they came up with lent an amazing new slant to John’s music and he made the bold decision to move to the trio format. They toured the USA, India and Europe in this format, and had enthusiastic responses from audiences everywhere. A sample of the fireworks they create onstage was released in February 2018 entitled “Three For the Road.” Recorded in Germany in 2016, this live CD has been very well received, garnering excellent reviews!

Always one step ahead, John has now hired a new member to be added to all live shows. Her well-known name is Carolyn Wonderland and she’s the first ever woman to hold the position of lead guitarist in any of John’s bands. She was one of the featured guitar players on John’s latest studio album “Nobody Told Me,” released February 2019, that also features Todd Rundgren, Steven Van Zandt, Joe Bonamassa, Larry McCray and Alex Lifeson on selected cuts. The road continues!


All tickets are non-refundable. If an event is postponed, all original tickets will be honored at the new date. Ticket exchanges are available 14 days or more prior to date of show (subject to availability). All dates, performances, guest artist and speakers are subject to change without notice.

You may also like the following events from Old School Square Pavilion:

Tickets for John Mayall can be booked here.