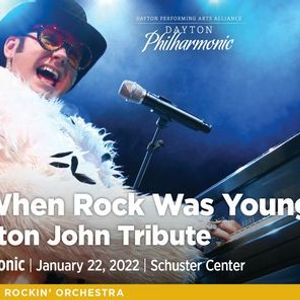 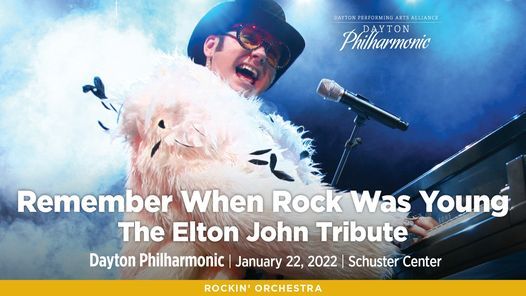 Craig A. Meyer has traversed all four corners of the entertainment industry, making strong impressions in theatre, film, television and music. Throughout Meyer’s busy career, he was repeatedly approached about his striking resemblance to Elton John and his uncanny ability to sound like the rock-and-roll legend. Today, he is considered to be the best Elton John tribute artist in the market, whose strong vocals, striking resemblance and amazing talent on the piano has audiences everywhere celebrating his work. This concert takes us on a journey through decades of chart-topping hits by The Rocket Man, including “Benny and the Jets,” “Philadelphia Freedom,” “Crocodile Rock,” “Goodbye Yellow Brick Road” and “Candle in the Wind.” A January evening with the Dayton Philharmonic Orchestra and Craig Meyer will surely help us remember when rock was young!

You may also like the following events from Dayton Philharmonic:

Tickets for Remember When Rock Was Young: The Elton John Tribute can be booked here.