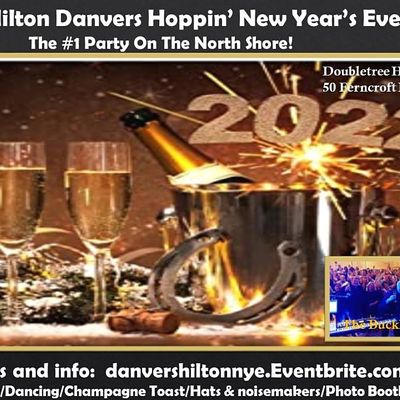 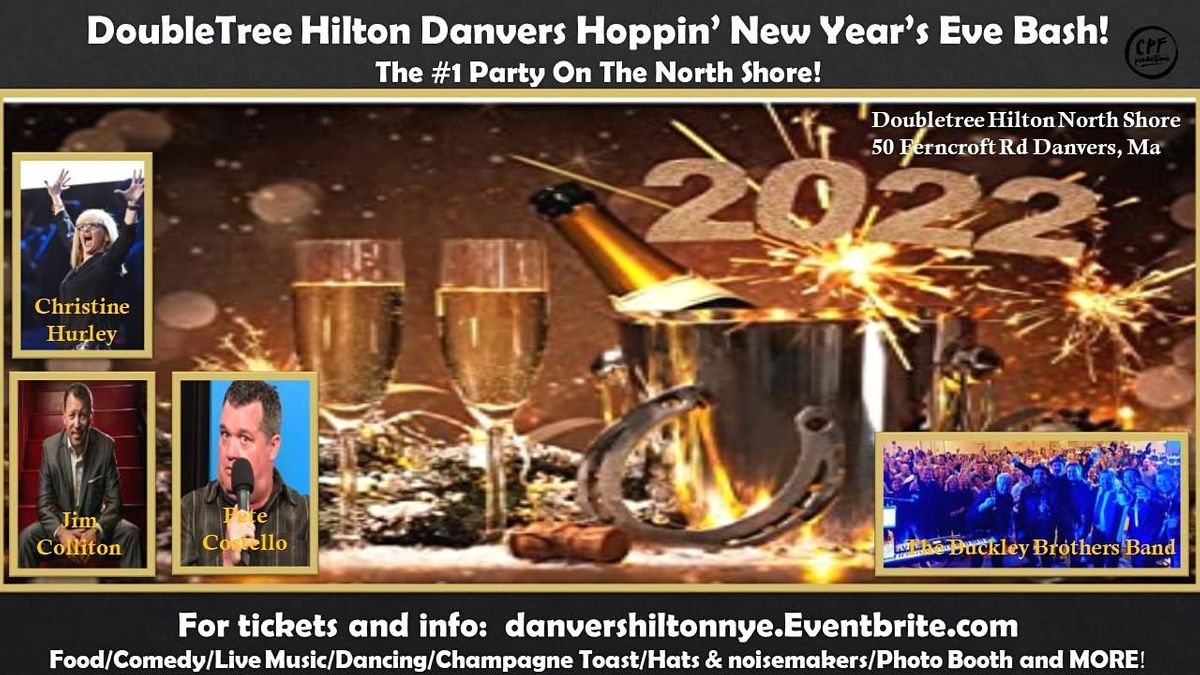 We are excited to be back for the biggest and best New Year's Eve show around! After the past year and a half, we all need a little fun!!

We're back for another year of the biggest and best New Year's Eve Party AROUND!  After the crazy year and a half we've all had, it's time to party!!!This will be, once again, a night filled with amazing food, comedy, live music, photo booth, glow sticks and bracelets, big screens with live video during the night, AND a champagne toast at midnight on the biggest dance floor in the area!Your ticket price includes the incredible buffet starting with local and imported artisanal cheeses with dried fruits & nuts, breads and crackers. Dinner menu includes arugula salad, slow roasted top round of beef, chicken piccata, garlic whipped mashed potatoes, roasted season vegetables, rolls and butter. And for dessert assorted mini French & Italian pastries, coffee and teas.  Followed by the best comedy show on New Years Eve, a DOUBLE HEADLINER SHOW with The Queen Of Boston Comedy, CHRISTINE HURLEY and the hilarious JIM COLLITON! CHRISTINE is the MOST sought after comic on the Boston Comedy Scene right now and is taking off all over the world.  Recently performing in Montreal at the prestigious Just for Laughs Comedy Festival, in Aruba at Aruba Ray's Comedy Club, a 2 time performer on Denis Leary's Comics Come Home at TD Boston Garden, and all selling out all over the country.  Christine is also currently featuring on Volume 1 of The Best Of Boston Stand Up.  JIM COLLITON headlines shows all over the world on cruise ships throughout the year and we're lucky to have him here on land for New Year's. Jim is the star of the comedy theater show, Lawn & Disorder (Comedy From The Suburbs), has been featured on AxisTV, Comedy Central, NBC, Fox and more. AND that will be followed by, for the 6th year in a row, one of New England's favorite dance bands, THE BUCKLEY BROTHERS including a 3-piece horn section! They pack the dance floor from first note to last every year! Remember dancing on the stage at Midnight?!You don't want to miss this annual SOLD OUT event.  The Double Tree by Hilton Boston North Shore is offering us a special room rate for the night of Don't worry about the driving! CLICK HERE FOR SPECIAL RATES . Rates are good for one or two night stays! Why celebrate one night when we can celebrate TWO! We need to make up for last year! Stay Saturday night with us and enjoy the biggest and best comedy show of 2022! Our special January 1st show with some of the biggest names in Boston Comedy. Check out the add on in the ticket link.Get your tickets today! Don't miss the biggest party on the North Shore including an amazing buffet, the best Boston Comedy has to offer, a live 7 piece band. Doors open at 6:00pm ~ cheese and crackers til 7:00 ~ dinner at 7:15 ~ comedy at 8:15 ~ live music at 9:30 ~ champagne toast at 11:59:59!!!DON'T MISS OUT. THIS IS A SURE SELL OUT!
Brought to you by CPFProductions

You may also like the following events from CPFProductions: