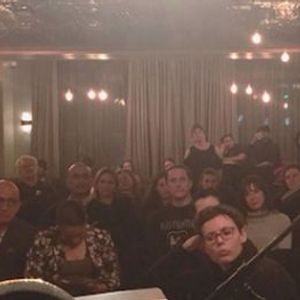 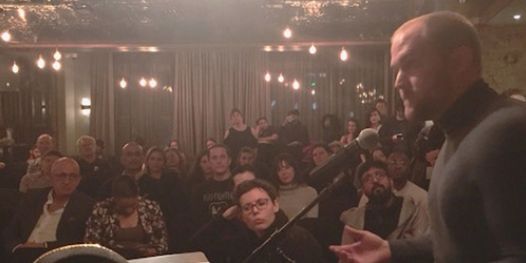 Pitch your idea to our panel of film industry executives and the toughest critics of all - a live audience!

***ONLINE EVENT***
Have you got a great idea for a movie?
This is it! The Live!Ammunition! pitching competition returns to Raindance.
This is your chance to pitch your movie idea directly to a panel of film industry executives and the toughest critics of all, a Live Audience.
The people on our Panel are the people who matter. They decide what gets made.
Pitching skills are the one skill often overlooked by writers, directors and producers. Learn how it’s done by watching the rest and hone your pitching skills by getting instant feedback. Who knows, your pitch could be taken up by one of our panel. Past Pitches that have gone into production include Meet The Parents (1994), 51st State (1995), Siamese Cop (1996) and White Bhaji (2001).
The panel can, and will, gong you off if they get bored. But they have to give two good reasons why.
The Prizes!
All winners get a year’s complimentary Membership Pro and the overall winner will get a £100 Raindance Voucher to use on any Raindance course or event.
How to Pitch
Registrations to pitch will be taken on a first come, first served basis in reply to an email which will be sent at a predetermined time on the day of the event. There are twenty places guaranteed to pitch. Once the first 20 places have been filled we will keep a waiting list.

Please note, the demand to pitch is high and admission does not guarantee you a slot to pitch. However, we will accommodate as many pitches as possible and if you’re on the waiting list this does not necessarily mean you won’t get the opportunity.
Not ready to pitch? Then just come, watch, learn and network.
Discover Be Discovered

Additional resources for the pitching competition
Pitching essentials for screenwriters and filmmakers
https://www.raindance.org/pitching-essentials-for-filmmakers-and-screenwriters/
Did you know?
Raindance members attend this event for FREE? You can join online HERE
https://www.raindance.org/membership/
and start saving immediately
This course is FREE for our HND and postgraduate/MA students
The Raindance Guarantee: If this event fails to meet your expectations, let us know at the break and we will make a full, 100% no-questions-asked refund.
Since 1993 Raindance makes filmmakers
The History of Live!Ammunition! Pitching Competition
The first Live!Ammunition! was held in Leicester Square in what is now the VUE West End Cinema in Leicester Square in October 1994 at the 2nd Raindance Film Festival. I invited the comic Emo Phillips to pitch his new film screening two days later during the festival. it was my attempt to rustle up interest in his quirky and amusing low budget comedy. I didn’t realise an acquisitions executive from Universal Studios was in the room who saw and bought world rights for the movie two days later. The film languished in the vaults for five long years when it was remade: Meet The Parents.
The original Meet The Parents has a fascinating Wiki post here .
There’s been dozens of fascinating stories over the years. Many films have started their route to completion at this event including Stel Pavlov’s 51st State .
The Live!Ammunition! pitching competition has been staged over 150 times in New York, Toronto, Berlin and at the Cannes Film Festival and of course in London.
Hope to see you there!
Elliot Grove, founder

Tickets for Live Ammunition! Pitching Competition can be booked here.