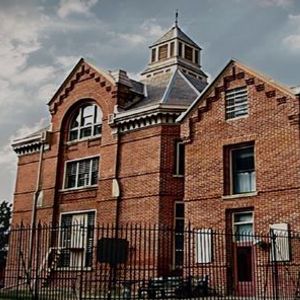 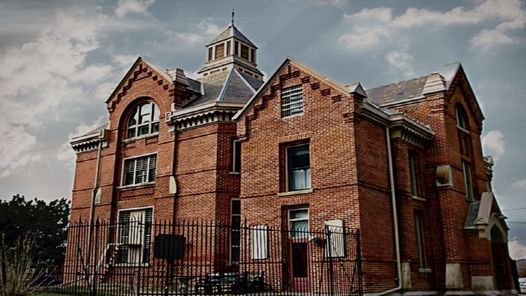 Are you ready to explore a unique piece of history and find out who may still dwell within the confines of this unusual lockup?

Constructed in 1885 and in operation as a J*il until 1969, the Squirrel Cage J*il offers guests a chance to experience what life may have been like doing time (or working in) a “human-rotary” style J*il. One of only three such jails of still in existence, this strange building design surely holds secrets from the past.

Not surprisingly, there are a number of reports of paranormal activity within the structure, some dating back to when the J*il was still in operation. It is said a jailer from the 1950s named Bill Foster refused to use the fourth floor as his living quarters because of “strange goings-on up there,” which including footsteps when no one was up there and odd sensations when he went upstairs to investigate.

One former tour guide has claimed to have seen the spirit of J.M. Carter, the gentleman who supervised the building’s construction in 1885. He was reportedly the first resident of the fourth floor living quarters. Perhaps he has stuck around to keep an eye on things to this day.

Others have recounted seeing a full-bodied apparition, also on the top floor, who they believe may be another former jailer named Otto Gufath. Still another person stated she saw the ghost of what appeared to be a sad little girl dressed in gray, sitting inside a cell which was completely inaccessible at the time.

Over the years, visitors and employees alike have described a number of possible paranormal happenings, including feeling like they are being watched, having their clothes tugged on, hearing disembodied voices, doors opening and closing by themselves, seeing strange lights and hearing odd, unexplainable noises.

Spend some time with us and see if you can discover which spirits may still be lingering here, trying to communicate with the living – and what they might have to say about the conditions they endured at the Squirrel Cage J*il.

In Council Bluffs, Iowa there stands a stately brick building erected in the late 1800s which houses a most remarkable lockup known as the Squirrel Cage J*il. One of only 18 of its kind built, this “human rotary’ J*il is now only one of three still in existence, and the only one that stands three stories tall.

Constructed in 1885 under the supervision of J. M. Carter, the J*il features 10 pie-shaped cells on each level, and each cell was meant to house between two – and some say up to six – prisoners at a time. This bizarre design was the brainchild of Indianapolis natives William H. Brown and Benjamin F. Haugh, and the intention was to “provide maximum security with minimum jailer attention,” – thus cutting down on the number of personnel needed to run the Pr*son.

The jailer’s office, kitchen, trustee cells and women’s quarters were located in the front of the building on the first floor and living quarters for the jailer were on the fourth floor. The three levles of cells are placed on a central carousel or drum which was turned using a hand crank. The bars (or cage) are stationary and have only one opening on each floor. The cells were rotated using the hand crank until each one would line up with the cage opening so that prisoners could be accessed, but only one cell at a time.

Over time, the rotating carousel housing the cells became more difficult to turn and often became stuck, making it nearly impossible to get food or medical assistance to prisoners if needed. Inmates often suffered broken arms and legs when they would mistakenly (or deliberately) stick their limbs through the individual cell bars while the drum was being spun.

However, there are only four recorded deaths on the property during its more than 80-year run as a Pr*son. One inmate died from and apparent heart attack. Another was found hanged in his cell. A third prisoner reportedly died when he fell three stories after trying to climb up the cage to carve his name in the ceiling. The fourth death was rumored to be that of an officer of the local police department who accidently shot himself during the confusion of the Farmer’s Holiday Association Strike in 1932 when 84 protesters were arrested and jailed.

The Squirrel Cage J*il was in operation until 1969, when it was deemed “unfit for human habitation.” In 1971, after the Pr*son was shut down and its remaining prisoners moved to other facilities, it was obtained by the Council Bluffs Park Board. They were successful in getting the structure listed in the National Register of Historic Places in 1972.The Historical Society of Pottawattamie County – who owns and operates the building today – headed the endeavor to protect the J*il in 1977, and it is now a museum which offers a glimpse into the unique cultural and architectural history of Council Bluffs, Iowa.

Your ghost hunt at Squirrel Cage J*il includes the following:

Access to the most haunted areas of this Pr*son,
Smaller Group Sizes,
45 Minute History tour,
Psychic Medium Vigil* (if psychic present),
Group Vigils With Experienced Investigators,
Lone Vigils,
Use of our equipment which includes, trigger objects and EMF Readers,
Free time to explore this location and to undertake your very own private vigils,
Unlimited Refreshments, Including Coffee, Bottled Water

You may also like the following events from Ghost Hunts USA:

Tickets for The Squirrel Cage J*il Ghost Hunt can be booked here. 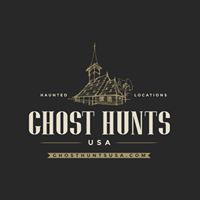