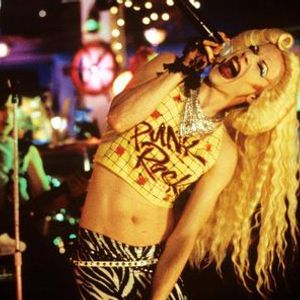 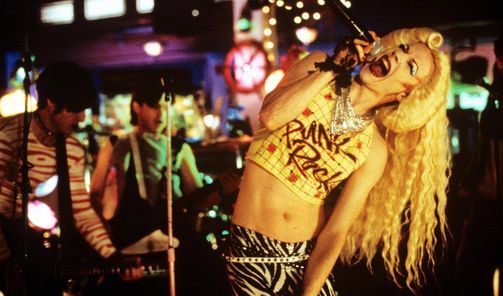 18:30 = Café opens / CASH or MOBILE PAY only! / Open seating due to corona rules / Tickets are 70 kr. and can ONLY be pre-bought using the link above. NO RESERVATIONS VIA MAIL, AND TICKETS CAN NOT BE BOUGHT AT THE CINEMA.

19:30 =Hedwig and The Angry Inch, 2001, Dir: John Cameron Mitchell, 95 min., English //This wonderful film centres on Hedwig (Mitchell) , whose only way of escaping from East Berlin is to undergo a sex-change and assume his mother’s identity. Unfortunately the operation goes wrong and he is left with an `angry inch’. Escaping to America, he forms a rock band whilst seeking the soul partner that will fulfil his destiny. Loaded with songs that you won’t ever forget and will sing in the shower, Hedwig and the Angry Inch is the funniest, most outrageously entertaining movie of its kind since Rocky Horror.

Unlike Rocky Horror, it does have some more serious philosophical reflections built into it (mostly via the songs), but it rocks, kicks ass and injects some seriously funny pizzaz into the transgender scene.

Described by the rock media as “visionary rock firepower” at its finest. John Cameron Mitchell gives a whirlwind triple-header as director, writer, and actor. His performance as Hedwig is not only incredibly brave, but has the ability to make you laugh, and cry, and sing along at the top of your lungs. The style of the movie walks a delicate line between being too stationary and too flamboyant, and succeeds remarkably. The musical numbers, while not your typical Hollywood production numbers, are full of energy and verve, and contain some of the most biting lyrics I’ve heard in a movie recently ; its Stephen Trask is masterwork as the composer and he is in the film too as hedwigs lead guitar…you will find yourself humming these song lyrics weeks later , you have been warned ?

If you’re even thinking about watching this movie,then just do it. You won’t regret it. This Film is both tender, raw, funny, smart, colorful, wonderful, well all of the above so …Don’t Miss Your Chance !
--
Find all of Husets Biograf events on our webpage: http://events.husetsbiograf.dk/

Tickets for Hedwig and The Angry Inch can be booked here. 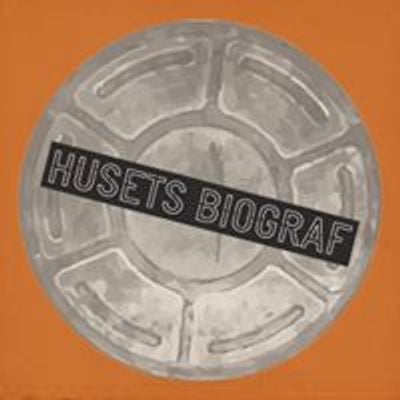