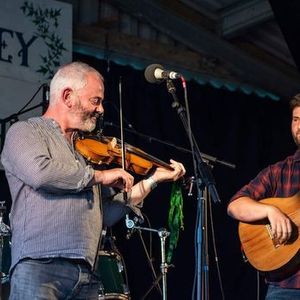 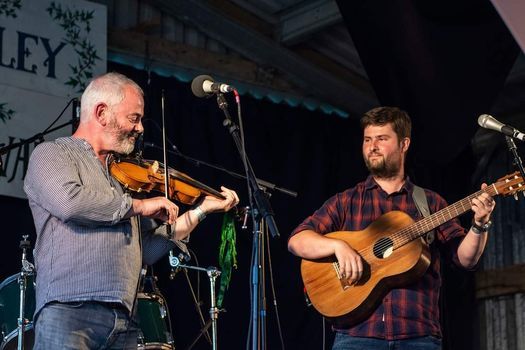 We are looking forward to our first visit to the Headgate Theatre.

Westcountry duo Mitchell and Vincent bring traditional and contemporary styles on fiddle and guitar to folk tunes and songs from the British Isles, as well as original material drawing on the folk traditions, using varied arrangements to create stories with tunes as well as songs.
Both are also trained luthiers and play using instruments hand-made by themselves.

Acoustic magazine praised their playing as, “Stunning”; FATEA said, “Music that is beautifully played”; while Bright Young Folk described their performance as, " Their sound is much deeper and richer than you would expect from an acoustic duo. … Providing skilled arrangements and expert delivery of tunes and songs which showcase the vibrancy, and variety, of folk music across Britain. A thoroughly engaging and enjoyable experience.”

Their third album 'The Preservation of Fire' was released at the end of August 2019 and has been played on various radio shows including 'The Drift' with Emma Sweeney (BBC Radio Lancashire) and The Johnny Coppin Show/Folk Roots (BBC Radio Gloucestershire, BBC Somerset, BBC Bristol and BBC Wiltshire).
Available from Bandcamp: https://mitchellandvincent.bandcamp.com/.../the...

- Folk Radio review: "Sitting still to these might suggest that something is very wrong with you."..."Timeless; exquisite production; great selection of tunes; social commentary. What’s not to like? Nothing."
- FATEA review: "Delivering traditional and not-so-traditional music in a fresh and entertaining style"..." Very entertaining, varied and skilfully played collection of tunes and songs."

You may also like the following events from Mitchell and Vincent:

Tickets for Mitchell and Vincent @ Headgate Theatre (Colchester) can be booked here.

Mitchell and Vincent
Follow Contact
About The Host: Folk tunes and songs from the British Isles using traditional and original music. Contemporary & traditional styles on Fiddle & Guitar. Creating stories with tune sets as well as songs. Music to dance or listen to!
Website Link: http://www.mitchellandvincent.com
Are you the host?
Nearby Hotels Headgate Theatre, 14 Chapel Street North, Colchester, United Kingdom
Report a problem ?