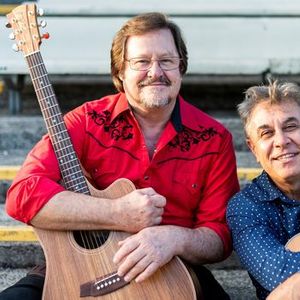 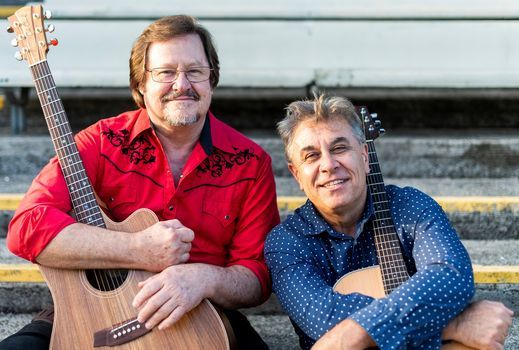 Mal Eastick, one of Australia’s finest blues rock guitarists, has a passionate, explosive and soulful style that has been featured with some of Australia’s biggest recording and performing acts for over 30 years.

Joined by Andrew Hegedus, this promises to be a fantastic night of live music by this amazing duo!

Nationally renowned Adelaide-born lead guitarist Mal Eastick, has been playing his own brand of blues, rock, and country rock on tour throughout Australia for the last four decades. Now a resident of Yamba, Mal has grown to love the relaxed lifestyle the NSW north coast brings and enjoys performing locally and playing strong melodic guitar.

Arguably, one of Australia’s greatest guitarists, Mal delivers punching renditions of a number of timeless classics. His ability to capture his audience with his unique style is something to experience.

Joining Mal is Andrew Hegedus, a powerful singer who hails from Grafton. Andrew is best known across northern NSW as the lead singer & rhythm guitarist of “Jabiru” – a local outfit that has been performing throughout the northern rivers region for over 20 years. In the 1980’s, Andrew was a founding member of the Grafton based band “Little Eagle” – a solid group who captivated audiences with the sounds of the Eagles, John Fogerty, and Bob Seger to name a few.

Mal & Andrew met for the first time in 2017, jammed and clicked straight away. From here they have developed a unique acoustic show and have been on the road ever since performing hits from the ‘60’s, 70’s 80’s and ‘90’s – all delivered with strong vocals, a heap of stage presence, and two ‘smokin’ Australian made Cole Clarke acoustic guitars to back it all up!

Make sure you get along to see this unique blend of musical talent and experience a great night of live music entertainment.

RED-C Events, bar & dining, open from 11am Wed to Sun, is located at the old fishing club on Jordan Esplanade, with the best views in Coffs!

You may also like the following events from RED-C Events:

RED-C Events
Follow Contact
About The Host: RED-C is an events centre overlooking the Jetty, Gallows Beach and Boambee Beach. We offer facilities for corporate & private events as well as public events in an iconic location. Home of Coffs Harbour Amphitheatre! Contact us for bookings!
Website Link: www.redc.org.au
Are you the host?
Nearby Hotels RED-C Events, Jordan Esplanade, Coffs Harbour, Australia
Report a problem ?