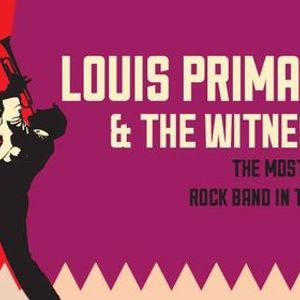 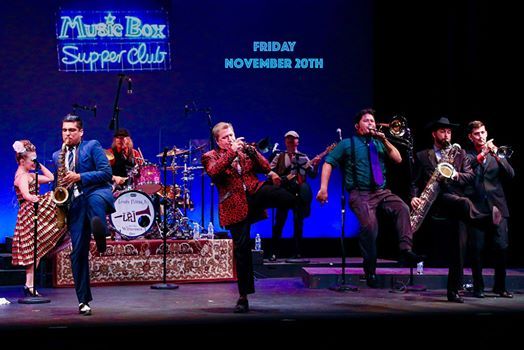 THIS SHOW HAS BEEN MOVED TO FRIDAY NOVEMBER 20th
ALL TICKETS FOR MAY 29 WILL TRANSFER AND BE HONORED!
Only a Few Tickets Left!
http://www.musicboxcle.com/event/louis-prima-jr-nov20/

We look forward to helping y'all get back out there and dance!

The Most Swingin' Rock Band in the World

Why you should see this show…
Born into an undeniable musical legacy, Louis Prima Jr. picks up the torch lit by his iconic father and leads his incarnation of The Witnesses headfirst into the future. Their seamless blend of hard driving big band jazz, insanely danceable swing and, at its core, real rock and roll has been wowing crowds worldwide for over a decade.

Make no mistake, this is no tribute act. Although the band most certainly Jumps, Jives, an’ Wails “Prima-style,” they are their own musical beast — thoroughly modern, laying down a blueprint for the future on the foundations of the past. Audiences will be treated to an evening of classics from the Louis Prima catalog, selections from LPJ & Co.’s two CDs (Return of the Wildest! and BLOW) and a healthy dose of sure-to-please surprises.

You may also like the following events from Music Box Supper Club:

Tickets for Cleveland - Louis Prima Jr & The Witnesses can be booked here. 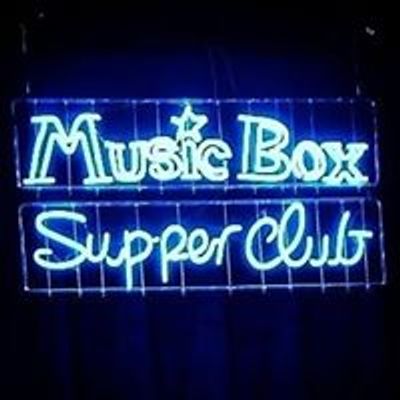