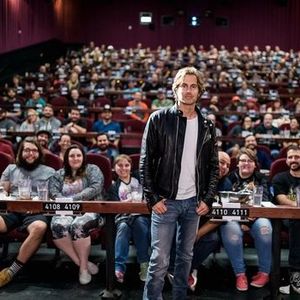 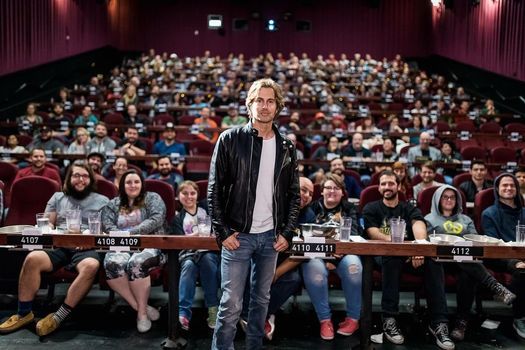 SPEND A NIGHT WITH THE MAN WHO SURVIVED THE ROOM!

Join us for a special evening of the hit cult classic The Room with Greg Sestero, star of THE ROOM and author of THE DISASTER ARTIST, the critically-acclaimed tell-all about the making of THE ROOM that inspired A24's award-winning film THE DISASTER ARTIST. There will be Q and A before the film screening as well as a meet and greet opportunity!

Greg Sestero is the New York Times best-selling author of the Oscar - nominated The Disaster Artist and Co-Star of the cult classic The Room. Greg also recently wrote and produced Best F(r)iends Volume 1 and Volume 2 (Lionsgate) and was recently seen in Netflix's popular gothic-drama mini-series The Haunting of Bly Manor. His directorial/ horror genre debut, Miracle Valley, is slated for release in 2022. It is the first very first film to ever shoot at Frank Lloyd Wright’s world renowned masterpiece Falling Water.

More info:
Greg's 2013 memoir “The Disaster Artist: My Life Inside The Room, the Greatest Bad Movie Ever Made” was published by Simon & Schuster and adapted into a Golden Globe-winning film by Warner Bros and A24. It showcases an all-star cast including James Franco, Seth Rogen, Dave Franco, Sharon Stone, Bryan Cranston, and Alison Brie. The hilarious and heartfelt film was nominated for an Academy Award for Best Adapted Screenplay at the 2018 Oscars.

Tickets for Oh, hi Mark! An Evening Inside THE ROOM with Greg Sestero can be booked here.