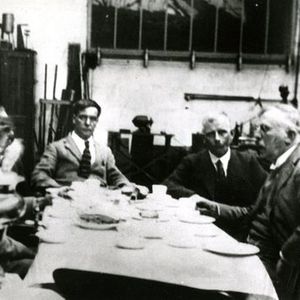 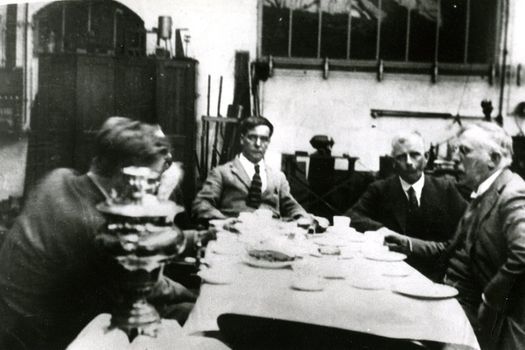 Discover Lord Rutherford's connection to Russia in this insightful presentation.

For the last four years our speaker Dr. Olga Suvorova has been researching the Russian primary sources related to Lord Rutherford and his Russian students such as private correspondence, photos and diaries in the Archives in Russia. This fascinating talk touches on the early history of nuclear Physics in Imperial Russia, including the little-known story of the copies of the laboratory equipment of Rutherford sold to the Russians in 1914 and their tragic fate. It also connects to the background of the Soviet nuclear bomb project and espionage in science emphasising Lord Rutherford’s influence in Europe and cooperation among international scientists living in opposing regimes. It discusses the theme of Stalin’s repressions of scientists, tensions between science and the state, and the challenge of scientific freedom.

This year the world celebrates the 150th anniversary of Ernest, Lord Rutherford’s birth. Held in the greatest esteem in New Zealand, Lord Rutherford is a graduate of the University of Canterbury, and a remarkable scholar whose ground breaking research gives him the title of “the founder of nuclear physics.” Although several biographies of Rutherford have been written, there are some unique and largely unknown aspects of his life and work to explore.

Image: Lord Rutherford and Pyotr Kapitsa drinking tea from the Russian samovar at the Kapitza club, late 1920s - early 1930s. (Courtesy of the Archives of the Kapitza Memorial Museum)

You may also like the following events from The Arts Centre Te Matatiki Toi Ora:

Tickets for The Russian World of Lord Rutherford can be booked here.