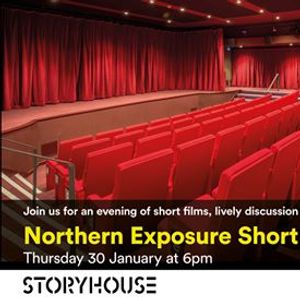 As always, there’ll be great films for you to enjoy – all for a mere £2.

Undivided Pictures are delighted to have programmed a collection of short films for Film Hub North’s Northern Exposure short film night, to be screened alongside Holocaust Memorial day 2020. With a selection of Jewish themes and creatives it’s an eclectic line up which will resonate with a wide audience. The night includes films from Northern powerhouse Ben Price, PEARS winner Sabina Smitham, A Jewish Comedy Romp from Damian Samuels, poignant documentary from Su Goldfish and well as Undivided Pictures first short. They’ve done laps of the festival circuit and now here’s your chance to watch this excellent line up.

You may also like the following events from StoryhouseLive: