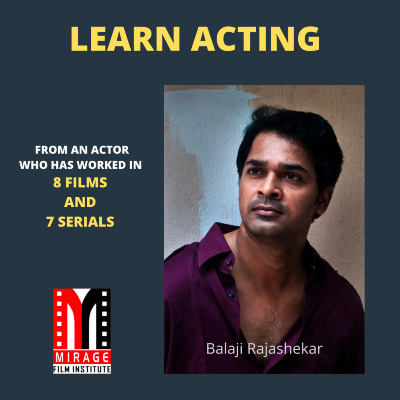 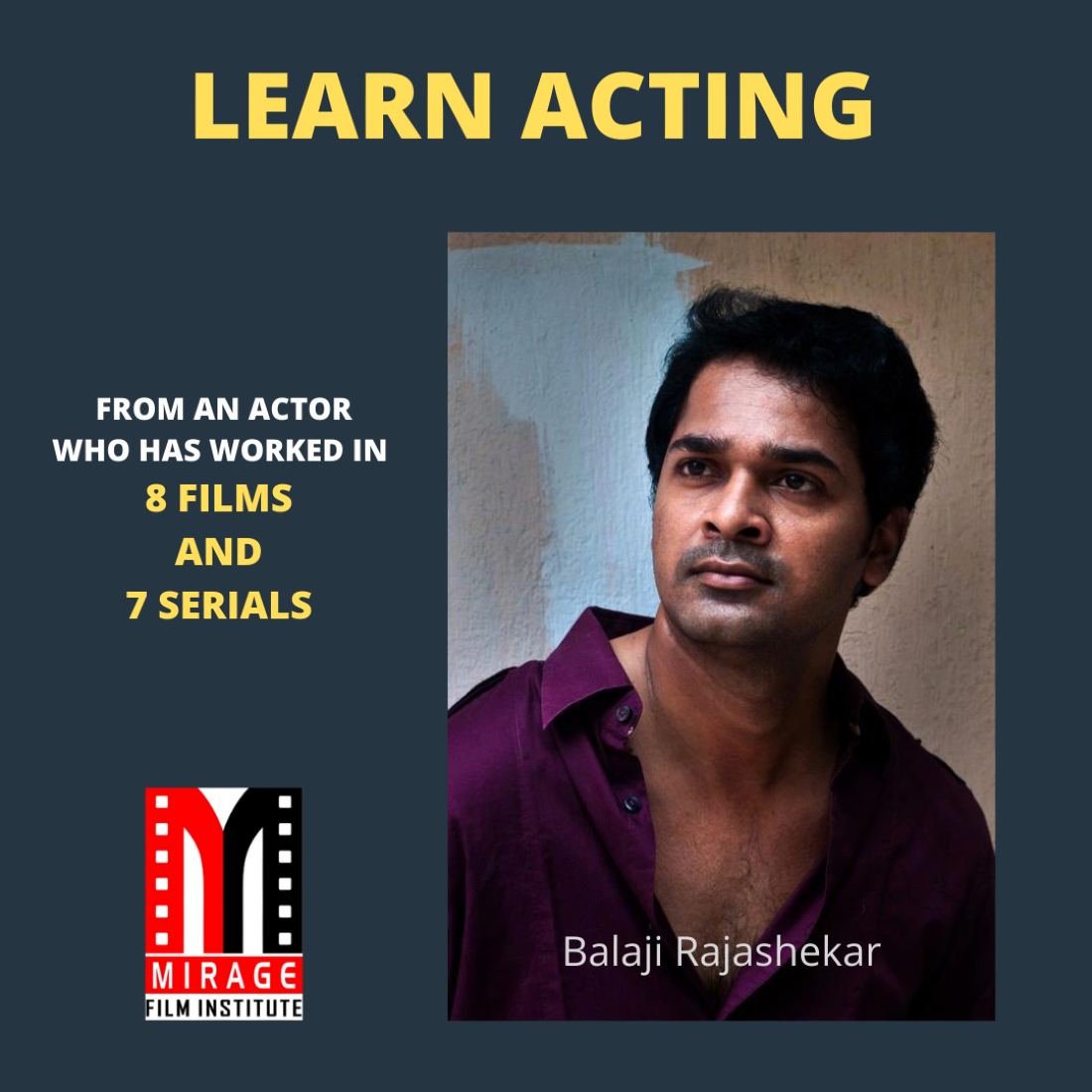 You have a dream to become an ACTOR! Yes it is possible. Becoming an actor takes time, passion, sweat, and most of all, perseverance. That's the magic formula. Learning FILM ACTING from an Acting coach is the first step towards reaching your Dream!

Our Acting coach is Film and Television Actor BALAJI RAJASHEKAR who has Acted in 8 films, 7 Serials and 50+ short films. He is not just a coach, but an Experienced Actor plus an Excellent Coach.

* Acting for the Camera

* Working with other Actors

You will learn 'Acting for Camera' which prepares you to face the Camera' with confidence. As part of the class you will practice monologues and skits.

Tickets for LEARN FILM ACTING! can be booked here.