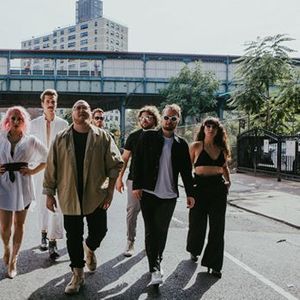 Balancing male-female harmonies, strutting guitars, wild horn arrangements, and interminable
grooves, a spirit takes shape on stage nightly for Turkuaz via larger-than-life performances. Among
numerous critical plaudits, The New Yorker claimed, “[Turkuaz] delivers horn-filled funk
incorporating elements of R&B, psychedelic pop, gospel, Afro-pop, New Wave, classic rock, and just
about any genre that gets people dancing.”
The Brooklyn-based nonet—Dave Brandwein [guitar, vocals], Taylor Shell [bass], Craig Brodhead
[guitar, keys], Michelangelo Carubba [drums], Chris Brouwers [trumpet, keys], Greg Sanderson
[tenor sax], Josh Schwartz [baritone sax, vocals], Sammi Garett [vocals], and Shira Elias
[vocals]—ignite an explosion of energy punctuated by neon hues, deft musicality, and show-
stopping singalongs on their newest EP, Kuadrochrome.
Touring incessantly in support of four full-length studio albums, EPs and live releases, they’ve lit up
stages everywhere from Bonnaroo, Hulaween, Okeechobee, Electric Forest, and Mountain Jam to
Telluride Jazz, High Sierra, and Lock’n, in between gracing stages at legendary spots such as Red
Rocks, Terminal 5, and The Fillmore, to name a few. Since emerging in 2011 with their self-titled
debut, the group have quietly animated a movement.
“I would love for our music to be a bright spot in an otherwise dark world. You can come to our
shows, let go, exist, and have a good time in spite of what may be going on outside. That’s what
music does for us. We want to share that.”

Tickets for Turkuaz with Neal Francis can be booked here. 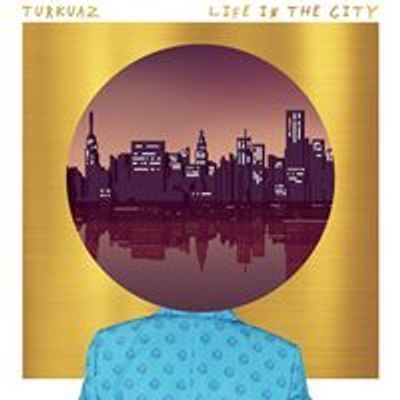