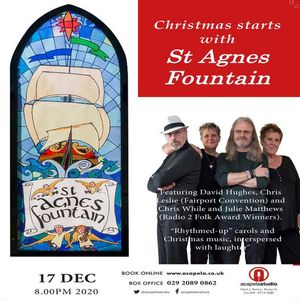 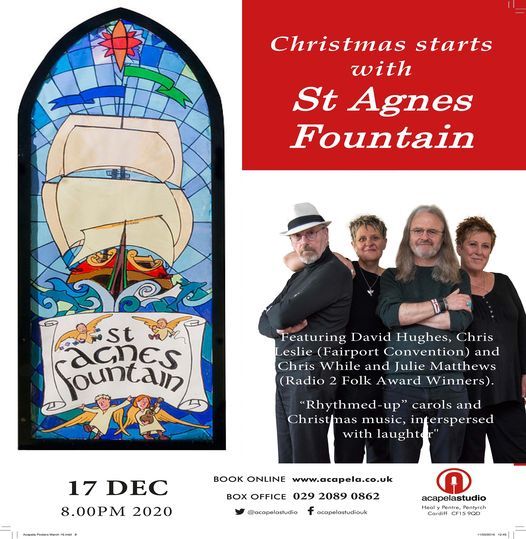 We are delighted to welcome back St Agnes Fountain to Acapela for their legendary Christmas Celebration! A wonderful Christmas concert for all the family!

The band that gives Christmas songs a good, if respectful, kicking.

They bring sparkling musicianship, humour and heartfelt renditions of your favourite Christmas tunes

both original and those you know so well (or thought you did). Great musical talent, wit and invention in the form of founder member, David Hughes, Chris Leslie (Fairport Convention) and Chris While and Julie Matthews (Radio 2 Folk Award Winners).

They have brought joy, laughter and a few tears to every concert performance for the last 18 years.

St Agnes Fountain come together for one month a year; ‘the Christmas Tour ‘each December. Performing “rhythmed-up” carols and Christmas music, interspersed with laughter and spoken word, they begin their 19th sell-out year in December 2019.

David Hughes and Chris Leslie originally released an EP of six tracks, “Acoustic Christmas” on guitar and mandolin in 1998. It sold out in three weeks and that was that but there was a clamour for more and, together with their friends, Chris While and Julie Matthews, they produced their first album, “St Agnes Fountain” in 2001. Not content with the album, the While & Matthews team organised a tour in December of that year and the response was overwhelming. The same reaction has greeted the band every year since with Christmas Day appearances on Radio 2 and other stations. Concert tickets are hot property.

It is the season their legion of fans have been waiting for because, as they say,

You may also like the following events from Acapela Studio: 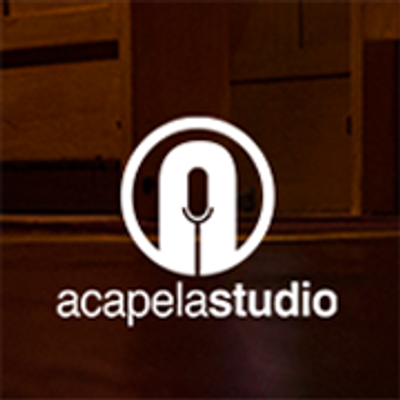