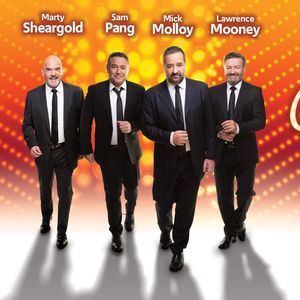 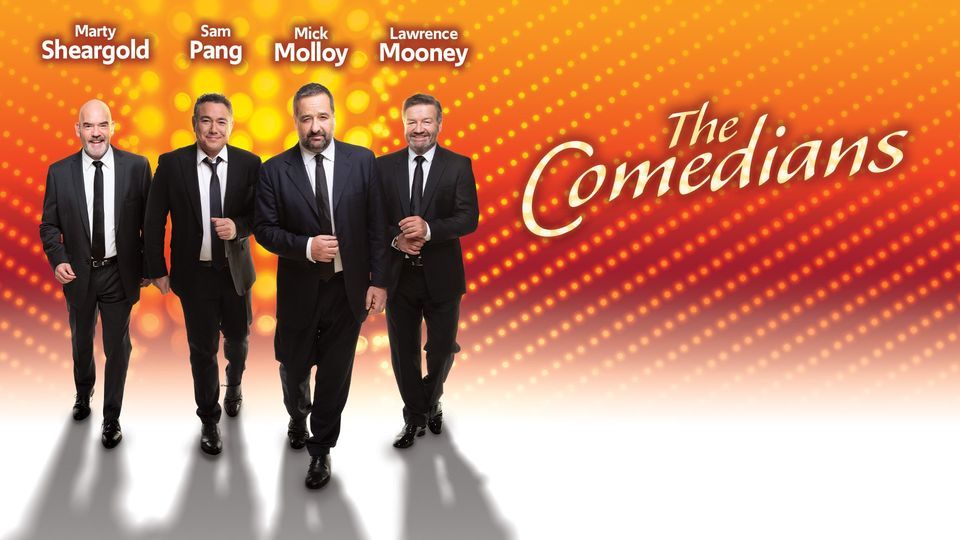 It’s the comedy event of the year! Four comedy superstars in the one massive show. Mick Molloy, Lawrence Mooney, Sam Pang and Marty Sheargold, team up for a night of no holds barred, good old fashioned stand-up comedy for this once in a lifetime comedy experience. Radio, television, film, podcasts, they’ve done it all and now, they bring all the laughs to the stage. A night you will always remember. Tickets are sure to sell out, so hurry, get yours now.

Comedian, Star of Channel 7’s The Front Bar, radio presenter and television personality. Mick combines the scruffy appeal of a laid back larrikin and the acid tongue of the world’s toughest critic. This combination has proved successful both in terms of Mick’s significant box office appeal as a writer/performer and in relation to the accolades he has received within the industry.

“Mick showed no fear, brazenly testing where the line was and then cheekily overstepping it….Mick has always been immune from the imperatives of political correctness” SCENESTR

Comedian, radio presenter, television presenter, star of Have You Been Paying Attention? and The Front Bar. Breakfast radio host on NOVA and winner of the Most Popular Presenter TV Blackbox Awards.

“In addition to his mastery of the pause – which is a specialty – this was classic Pang: deadpan, funny and self-deprecating….While the persona of some comedians is indignant or argumentative, Pang is deceptively mild-mannered, more inclined to sly mischief” Sydney Morning Herald 2022

Comedian, radio presenter, television personality. Marty currently hosts Triple M’s The Marty Sheargold show, and can be seen regularly on Have You Been Paying Attention? and the multi-award winning ‘FISK’ on the ABC.

“Whether on television, radio or stage, Marty would have to be one of my all time favourite performers” Tom Gleisner

Comedian, radio presenter, television personality and published author. He’s widely regarded by fans and peers as one of Australia’s funniest. Witness a comedic masterpiece live on stage as Lawrence is known for his brutal honesty, unique insight and blazing humour.

You may also like the following events from Canberra Theatre Centre:

Tickets for The Comedians - Canberra can be booked here.