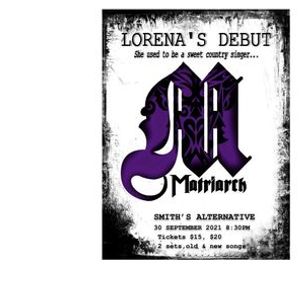 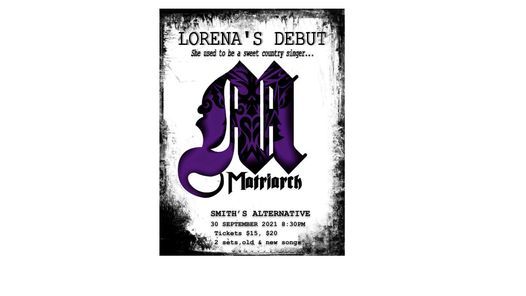 Matriarch is back and we’re shaking in our boots. Since their last gig with us, the band headlined an International Women's Day gig, warmed up the March4Justice national rally, recorded an EP, played in Sydney and then got a new lead singer. It's been a big year...

After a sneak preview at a 'Wear it Purple' fundraiser last month, this is Lorena Quinlivan or Lollie Hodge's official debut with Matriarch. We are told Lollie has a successful career as a performer and songwriter and she even has a Tamworth Country Music songwriters award so we don't know what the f*@k happened when she joined Matriarch but we are keen to see the grunge conversion! So grab a ticket, dust off ya ripped jeans, and settle in for two sets of old and new songs by our favourite wise women of grunge.

Tickets for Matriarch can be booked here.