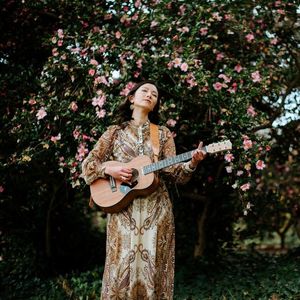 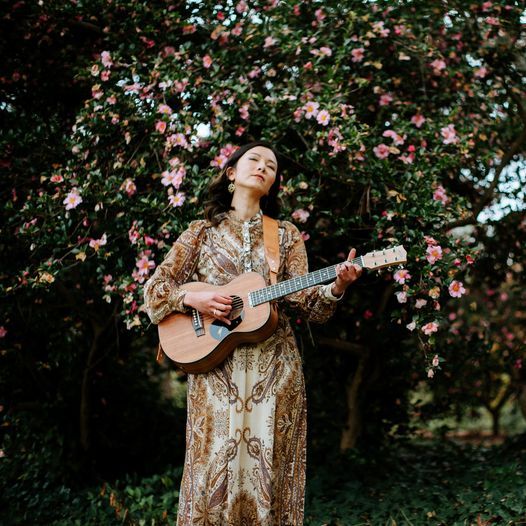 Indie folk singer-songwriter Kim Yang and her debut 5-piece band invite you to the launch of Kim’s 2nd EP, BRAVE, a project partly funded by ArtsACT. Featuring support from Canberra local legend Evan Buckley of The Burley Griffin, performing as a duo.

Taiwanese-Australian songstress Kim Yang writes songs that speak from her experiences as a partner, a daughter, a traveller and an insecure soul. Her ethereal blend of sounds balances delicately between vulnerability and power.

In 2020, Kim’s bushfire tribute Garden of Eden was aired on triple J radio and received 4.5 stars from Roots ‘n’ All host, Nkechi Anele, who said: ‘Kim Yang is a force of nature, and she humbles me’. Later that year Kim released her latest single ‘Dominoes', which was premiered on triple J radio's Roots 'n’ All.

Kim recently played a sold-out headline show at Good Folk 2021, and has also performed at the National Folk Festival 2019, Enlighten Festival, and the 2021 Stage88 Australia Day Concert alongside James Reyne, Daryl Braithwaite, Kingswood and Fanny Lumsden. In 2019 Kim went on tour for her debut EP ‘Ocean of Mind' after a sold-out launch. She has supported ARIA & APRA-awarded artists Tori Forsyth, Josh Pyke and Ben Lee on their tours to Canberra.

“I used to be a shy person, music and song-writing helped me to express my feelings. My mission is to encourage all people to be comfortable with themselves, and to be confident enough to embrace their passions and share their own stories.” (Kim Yang)'

Usually performing solo, Kim Yang puts together a 5-piece band for this launch. This is a rare opportunity to see Kim and the band bring her songs to life in a live set.

“Kim Yang is an outstanding singer/songwriter who bridges cultures with songs about her experiences in both Taiwan and Australia. Kim made her first appearance at the National Folk Festival in 2019 exciting and engaging audiences with her fresh and honest style. I’m sure this will be the first of many” — Pam Merrigan, Artistic Director, National Folk Festival 2019

“Kim’s clear tones hit you from the very first note she sings. Her voice reminds me of the timbre of Eva Cassidy mixed with the breathiness of Sarah McLachlan. In a word, beautiful” — Ruth O’Brien, BMA Magazine

Kim Yang Music
Follow Contact
About The Host: Kim creates music for the soul. With her ethereal blend of sounds, she creates music that balances delicately between vulnerability and power.
Website Link: https://linktr.ee/kimyangmusic
Are you the host?
Nearby Hotels The Street Theatre, 15 Childers St, Canberra, Australia
Report a problem ?