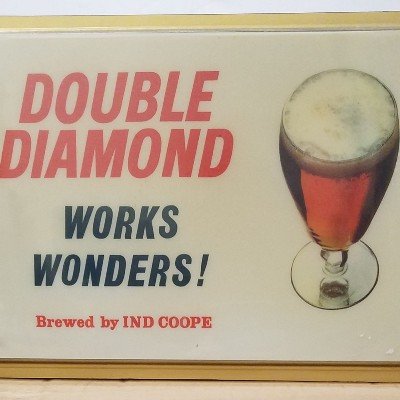 After a great time in October 2021 we are back to the Burton Town Hall for our 36th event.

For those of you who have never been to a Breweriana Auction read on about our 2022 event!

Ever fancied owning a slice of brewing history? Then this Auction is just the thing for you. Run by the Campaign for Real Ale the National Breweriana Auction returns to Burton on Trent’s Town Hall to celebrate its 36th event on Saturday 22nd October. It will have circa 150 interesting auction lots; everything from mirrors to trays; advertising signs water jugs flagons bottles books and pump clips as well as a few more unusual items. Plus there are a number of stands selling brewery memorabilia adding to the atmosphere in this wonderful Victorian venue. brewery mirrors

There are all sorts of items from all over the country to decorate your home. Included in the trays will be one from Star Brewery Co. Ltd of Eastbourne which was founded in 1886 although the brewery itself dates from 1777. It was acquired by Courage Barclay & Simonds Ltd. In 1965 with 43 tied houses. Brewing ceased 1967 demolished in 1971.

Also from the south is a Young’s Brewery sign. Although reputedly there has been brewing on the site since the 1500’s Young’s began its life in 1831. It closed in 2005 and brewing moved to Charles Wells Ltd of Bedford forming Wells & Young's Brewing Co. Ltd. In 2011 Young’s sold their brewing interests to concentrate on retailing. Sambrook’s Brewery has now moved onto the site so brewing continues.

Travelling to the midlands there will once again be an item from Offiler’s. This Derby brewery was set up in 1876 once owned 238 pubs. 1965 It became a subsidiary of the Charrington United Breweries group in 1965 and closed the following year.

As usual we'll have a number of items from Burton such as an Ind Coope’s Double Diamond sign. This beer was trademarked in 1876 by Allsopp’s merging with Ind Coope in 1934. By 1958 it was the fastest selling bottled beer in Britain. It was also a favourite tipple of the Duke of Edinburgh. The brewery is now owned by Carlsberg.

If you have never been to the National Breweriana Auction before the auction is great fun to take part in and is an opportunity to get some great bargains plus many of the items on sale can appreciate in value. And of course like any CAMRA event there is some good beer on sale all day (from a local brewery).

Entrance is by catalogue (£3.00), available on the day, or £4.45 (includes postage) in advance, by post from Bill Austin: 07789 900411 or YmF1c3RpbjE5NTEgfCBidGludGVybmV0ICEgY29t. If you can’t get there, postal bids are accepted, just contact Bill. Wheelchair accessible. For more details see: www.gandc.camra.org.uk.

Tickets for 36th National Breweriana Auction can be booked here.