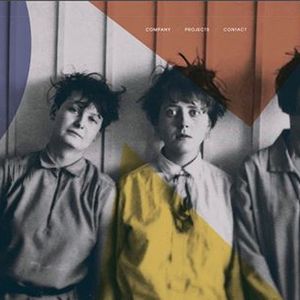 One more event to wrap up the Bauhaus Centennial: a book signing for Libby Otto's last released book of 2019, Haunted Bauhaus, and a new documentary film by Susanne Radelhof, The Women of the Bauhaus (Bauhausfrauen).

Admission: $8 general, $6 students/seniors, $5 Hallwalls members. Books to be provided for sale and signing by Talking Leaves.

THE FILM: Bauhaus is the home of the avant-garde and the foundation of modern architecture. Today, 100 years after being founded, the Bauhaus-masters continue to be the stars of the architecture and design history. However, the (his)story of the Bauhaus remains male dominated. Only experts know the names of the female contributors of the art school, even though a great part of its innovative potential goes to its women. The documentary »Bauhausfrauen« (2019) is a homage to the forgotten Bauhaus women and shows that the Bauhaus idea is still alive and is also HERstory.

The founding of the Bauhaus was a modern sensation. Leaving the old behind, it heralded a new era, one of innovative design and pioneering architecture, and the desire to build a radically new society. Changing the world, breaking with old traditions, the Bauhaus wanted an absolute revolution, but failed with the issue of equal rights. To this day, the legendary Bauhaus is associated with names such as Walter Gropius, Johannes Itten, Paul Klee, and Oskar Schlemmer. Barely noticed, however, are the many women who worked there and decisively shaped the world-famous Bauhaus style. The promise of absolute equality attracted many women to the Bauhaus. Nearly 500 female artists studied at the legendary school and did pioneering work there. And yet they are still in the shadow of their male colleagues or are even totally forgotten. The works of the women of the Bauhaus have decisively shaped our current view of design. And it was also through them that the Bauhaus conquered the whole world in the 20th century.

It was women like Alma Buscher who created prototypes of the avant-garde with her ingenious furniture and toys. Or the visionary industrial designer Marianne Brandt, whose works are among the icons of the Bauhaus. Gunta Stölzl revolutionized modern textile design with her weaving. The all-rounder Friedl Dicker devoted herself entirely to the Bauhaus philosophy—until her tragic end. And Lucia Moholy‘s exceptional photographs shape our view of the Bauhaus until this day.

It‘s time to finally tell their stories. For both as women and as artists they are role models, courageous and inspiring pioneers of modernity.

The Bauhaus (1919–1933) is widely regarded as the twentieth century's most influential art, architecture, and design school, celebrated as the archetypal movement of rational modernism and famous for bringing functional and elegant design to the masses. In Haunted Bauhaus, art historian Elizabeth Otto liberates Bauhaus history, uncovering a movement that is vastly more diverse and paradoxical than previously assumed. Otto traces the surprising trajectories of the school's engagement with occult spirituality, gender fluidity, queer identities, and radical politics. The Bauhaus, she shows us, is haunted by these untold stories.

The Bauhaus is most often associated with a handful of famous artists, architects, and designers—notably Paul Klee, Walter Gropius, László Moholy-Nagy, and Marcel Breuer. Otto enlarges this narrow focus by reclaiming the historically marginalized lives and accomplishments of many of the more than 1,200 Bauhaus teachers and students (the so-called Bauhäusler), arguing that they are central to our understanding of this movement. Otto reveals Bauhaus members' spiritual experimentation, expressed in double-exposed “spirit photographs” and enacted in breathing exercises and nude gymnastics; their explorations of the dark sides of masculinity and emerging female identities; the “queer hauntology” of certain Bauhaus works; and the role of radical politics on both the left and the right—during the school's Communist period, when some of the Bauhäusler put their skills to work for the revolution, and, later, into the service of the Nazis.

With Haunted Bauhaus, Otto not only expands our knowledge of a foundational movement of modern art, architecture, and design, she also provides the first sustained investigation of the irrational and the unconventional currents swirling behind the Bauhaus's signature sleek surfaces and austere structures. This is a fresh, wild ride through the Bauhaus you thought you knew.

You may also like the following events from Hallwalls Contemporary Arts Center: