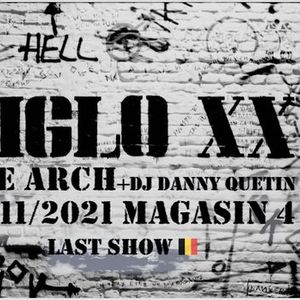 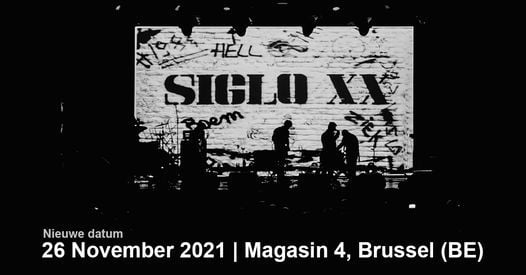 40 years ago punk was taking Belgium by storm. Just about anyone could grab an instrument and start pounding away on it. And that’s exactly what we did in our neighbourhood in Genk with Siglo **, which is the name of a mine in Bolivia by the way, but we chose it mainly because we thought the Xs were so cool. We kept on doing this for 13 years: making music, over and over again, different every time, but always true to ourselves, stubborn, defying trends and great expectations. We recorded albums that sold internationally and we toured Belgium, the Netherlands, France, Switzerland, Germany, Austria and Hungary. For some reason we struck a chord with a broader audience and they kept on following us through the years - and still do - and they’ve been joined by a younger crowd that is catching on to us through the Internet. Because 40 is quite a respectable age, Onderstroom Records is re-releasing the first three Siglo ** 12-inches, remastered but with the original artwork. These records, which have become collector’s items over the years, will be available separately and in a boxed edition. And since music belongs on stage - Siglo **’s music is no exception - the band will be performing live again … On Saturday, May 19th 2018 Siglo ** played an exclusive concert at the Wave-Gotik-Treffen Festival in Leipzig. After 40 years we declare louder than ever: “So that life does not K*ll us and death finds us alive!”

You do not know The Arch and that is exactly what the strength of the group is. The band has a new album out "XII" and nobody knows that either. Four friends started to make music more than 30 years ago and today they are still friends who still make music, just for fun. Perhaps very naive but with a heart for music.

They are quite popular in Germany, England, Spain, the Netherlands and Italy. In England they are called "the best kept Belgian secret". In Belgium they are hardop known. A forest ranger, a videodirector, an art director and a booking agent, a strange combination that works. Their songs are dark, romantic and pure. New wave as it used to be but then contemporary. The rhythm is slower, the topics are up to date. Yoga Noise about how unhealthy it is to live healthily, Dark Room about a life without light and how your senses feed your worst thoughts, Phantom Chase about the eternal search and pursuit of your archetype. Cadaver synod is again about the absurdity of religion, with the coöperation of Blaine L. Reininger (Tuxedomoon). And the music is sensual and passionate.

Tickets for Siglo ** + The Arch | Magasin 4, Brussels can be booked here.