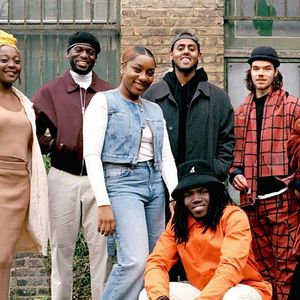 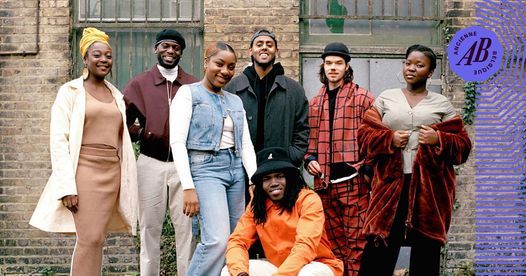 After the release of Gilles Peterson’s compilation album ‘We Out Here’ last year, KOKOROKO – the eight-member band from London – started turning up everywhere. Their stunning soul/jazz sound is drenched in afrobeat and roots elements. They draw on the West African tradition and are inspired by Fela Kuti, Tony Allen and Ebo Taylor. The band is known for their characteristic sound, one that intertwines the lyrical guitar of Oscar Jerome with the harmonious trumpet playing of bandleader Sheila Maurice Grey, supported by percussionist Onome Ighamre and drummer Ayo Salawu.

Their self-titled debut EP was released in March via Brownswood Recordings.
▬▬▬▬▬▬▬▬▬▬▬
◊ AB LOVES YOU
Respect yourself and each other. We take every form of intimidation seriously.
◊ TAKE THE CONCERT TRAIN
With the SNCB code on your concert ticket you can buy a nominative E-train ticket Ancienne Belgique at a very budget friendly fare. These E-train tickets are available exclusively on sncb.be/ab.
◊ EVENT PASS MIVB
Thanks to the collaboration between AB and MIVB, you will find an Event Pass on every concert ticket that entitles you to make use of tram, bus and metro in Brussels on the day of the concert. All info: http://bit.ly/1VoPVvs

You may also like the following events from Live Nation Belgium: