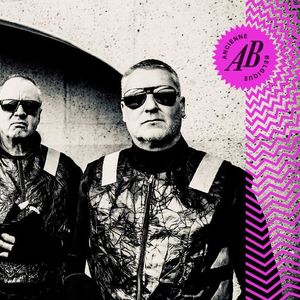 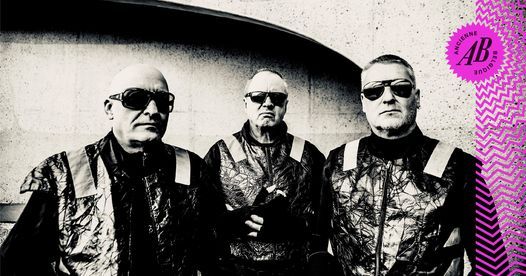 No less than four (!) decades have passed since the influential FRONT 242 saw the light of day in 1981. In that time they injected the music world with a brand new genre: Electronic Body Music (or: EBM). And tracks like ‘No Shuffle’, ‘Headhunter, ‘Quite Unusual’ and ’Tragedy For You’ became true classics.

Their resume still looks impressive. Record a video clip with Anton Corbijn? Check! Perform at the very first edition of Pukkelpop ever, America’s Lollapalooza or the influential Primavera Sound? Check! And tour with Depeche Mode during their ‘Music For The Masses’ tour? Front 242 ticked that box too.

This year the band celebrates their 40th anniversary with approximately the same number of shows, taking them through the likes of Russia, America and Europe. With a big pitstop in the form of a true two-dayer in their hometown BXL, and in their beloved concert venue AB. And, Patrick Codenys, what can we expect? “We’ll be re-inventing our catalog into new ‘live’-versions and presenting unplayed tracks!” It has been noted.


▬▬▬▬▬▬▬▬▬▬▬
◊ AB LOVES YOU
Respect yourself and each other. We take every form of intimidation seriously.
◊ TAKE THE CONCERT TRAIN
With the SNCB code on your concert ticket you can buy a nominative E-train ticket Ancienne Belgique at a very budget friendly fare. These E-train tickets are available exclusively on sncb.be/ab.
◊ EVENT PASS MIVB
Thanks to the collaboration between AB and MIVB, you will find an Event Pass on every concert ticket that entitles you to make use of tram, bus and metro in Brussels on the day of the concert. All info: http://bit.ly/1VoPVvs