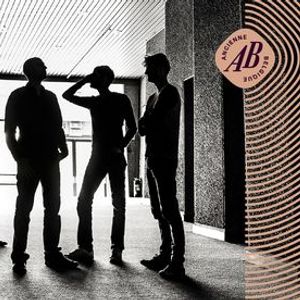 Led by keyboard wizard Bram Weijters, the band previously released a well-received remake of Koen de Bruyne’s cult album ‘Here Comes The Crazy Man’ from 1974. This time they dive a little deeper and dig up unsourced gems from early ‘70s Belgian jazz, jazz rock and fusion. Think: Michel Herrs 'Solis Lacus' or Marc Moulins 'Placebo Years 1971-1974', but also the music of American guitar legend Bill Frisell who lived in Belgium then and was highly active. Or just don’t think, and let yourself be carried away by a fresh, new look at an often overlooked part of our national musical history.

With contemporary arrangements, a tight sound and a first-class line-up of musicians – that you also encounter in bands like Cargo Mas, Dans Dans, BRZZVLL or STUFF. – Bram Weijters’ Crazy Men seek sparks and adventure at the intersection of jazz, fusion, improv and rock.


▬▬▬▬▬▬▬▬▬▬▬
◊ AB LOVES YOU
Respect yourself and each other. We take every form of intimidation seriously.
◊ TAKE THE CONCERT TRAIN
With the SNCB code on your concert ticket you can buy a nominative E-train ticket Ancienne Belgique at a very budget friendly fare. These E-train tickets are available exclusively on sncb.be/ab.
◊ EVENT PASS MIVB
Thanks to the collaboration between AB and MIVB, you will find an Event Pass on every concert ticket that entitles you to make use of tram, bus and metro in Brussels on the day of the concert. All info: http://bit.ly/1VoPVvs
▬▬▬▬▬▬▬▬▬▬▬