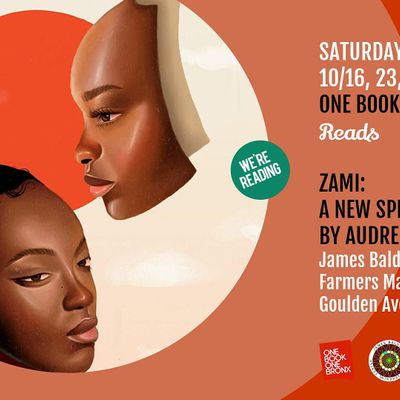 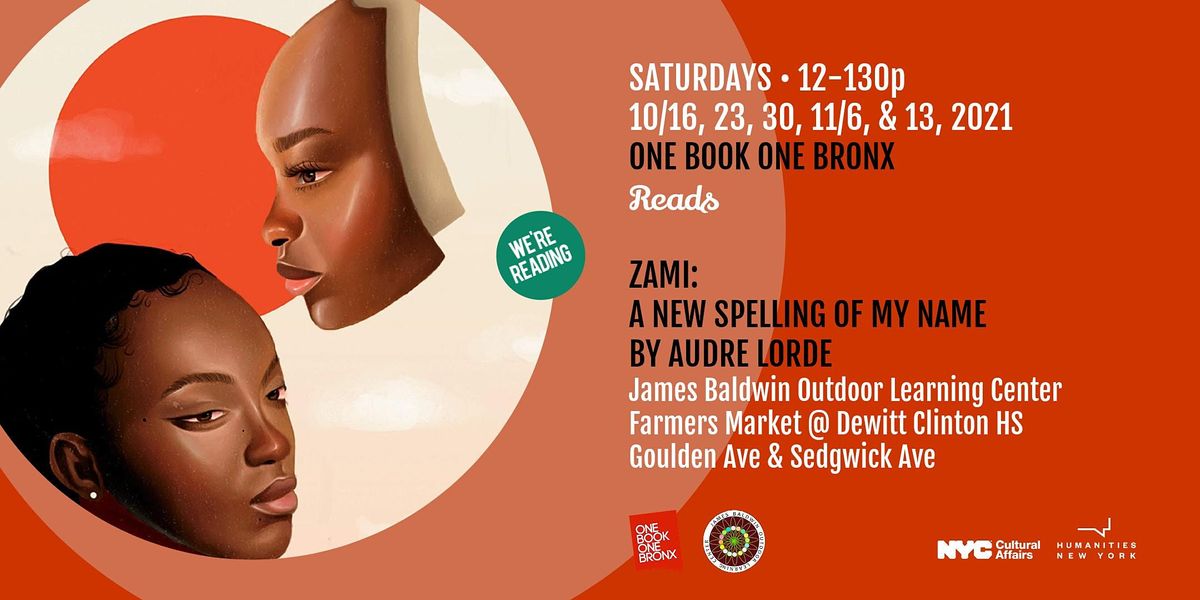 The James Baldwin Outdoor Learning Center Farmers Market and One Book One Bronx have partnered to present our first outdoor book club. We will meet on the north lawn of Dewitt Clinton HS at Goulden Ave. & Sedgewick Ave. BYOB (Bring your own blanket or beach chair)

>Free books to the first 15 attendees<

Zami: A New Spelling of My Name is a 1982 biomythography by American poet Audre Lorde. It started a new genre that the author calls biomythography, which combines history, biography, and myth. In the text, Lorde writes that "Zami" is "a Carriacou name for women who work together as friends and lovers", noting that Carriacou is the Caribbean island from which her mother immigrated. The name proves fitting: Lorde begins Zami writing that she owes her power and strength to the women in her life, and much of the book is devoted to detailed portraits of other women.

“ZAMI is a fast-moving chronicle. From the author’s vivid childhood memories in Harlem to her coming of age in the late 1950s, the nature of Audre Lorde’s work is cyclical. It especially relates the linkage of women who have shaped her . . . Lorde brings into play her craft of lush description and characterization. It keeps unfolding page after page.” —Off Our Backs

About the Author: A writer, activist, and mother of two, Audre Lorde grew up in 1930s Harlem. She earned a master’s degree in library science from Columbia University, received a National Endowment for the Arts grant for poetry, and was New York State’s Poet Laureate from 1991 to 1993. She is the author of twelve books, including ZAMI and THE BLACK UNICORN. Lorde died of cancer at the age of fifty-eight in 1992.

One Book One Bronx hosts restorative conversations related to gentrification, social justice, women’s empowerment, criminal justice, and racial inequality. The program reflects the racial, economic, and gender demographics of the borough and builds bridges to engagement while (re)sparking a love of literature. Every week, we meet to discuss one book that reflects the people of the Bronx.

You may also like the following events from Literary Freedom Project:

Tickets for One Book One Bronx reads Zami: A New Spelling of My Name by Audre Lorde can be booked here.