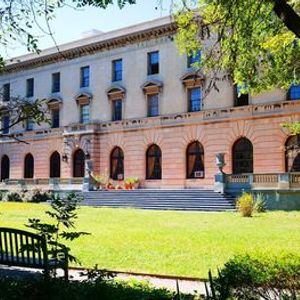 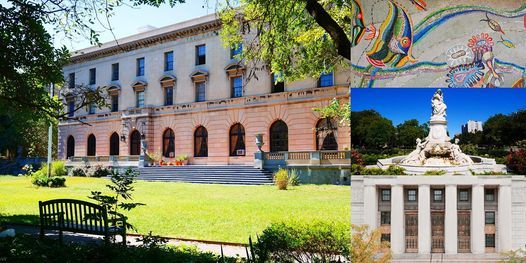 Did you know that the Bronx's Grand Concourse is home to the largest collection of art deco residential buildings in the world?

Join New York Adventure Club as we explore the historic apartment buildings and mansions on the Grand Concourse, a thoroughfare through the Bronx modeled on the Champs-Élysées in Paris.

Led by Sam Goodman, a Bronx-born urban planner in the office of the Bronx Borough President, our unique experience between 161st & 166th Streets on the Grand Concourse will include:

-The history and story behind the Grand Concourse’s creation, and why it was commonly referred to as the “ Park Avenue of the Bronx ”
-A look at several Art Deco apartment buildings, and stops at historic statues, mosaics, and monuments to hear their remarkable stories, such as how a fountain made its way to the Bronx from Düsseldorf, Germany in 1899
-A discussion around Sam’s family history and personal experiences living in the Bronx during the early and mid-20th century
-An in-depth look at the neighborhood’s shifting cultural and economic fabric over the past century
-The neighborhood impact of Yankee Stadium throughout the 20th century

Click here to see pictures from one of our last visits to the Grand Concourse!
See you there!


*Please bring a water bottle and comfortable pair of shoes as we’ll be doing a lot of walking!
*This tour concludes at 161st Street and the Grand Concourse


About Sam
Sam Goodman was born in 1952 and lived on the Grand Concourse for his first fifteen years. In 1987 he purchased a Grand Concourse cooperative apartment, where he has resided ever since. Since 1995 Goodman has worked as an urban planner for the Bronx Borough President’s Office. Goodman holds a Bachelor’s Degree in Political Science and a Master’s in Urban Management and Planning. One of Goodman’s passions is being able to share his memories, knowledge, and perspectives about the Bronx community and the amazing people Goodman calls friends and neighbors.

Tickets for Exploring the Grand Concourse, From Art Deco Buildings to Yankee Stadium can be booked here.

New York Adventure Club
Follow Contact
About The Host: Adventure Club gives you insider access to the city’s best-kept secrets. We curate the most unique experiences in town, with a focus on history and storytelling. We show you a city you never knew existed, and offer a community you can’t live without.
Website Link: https://nyadventureclub.com
Are you the host?
Nearby Hotels The Bronx Museum of the Arts, 1040 Grand Concourse, The Bronx, NY 10456, Bronx, United States
Report a problem ?