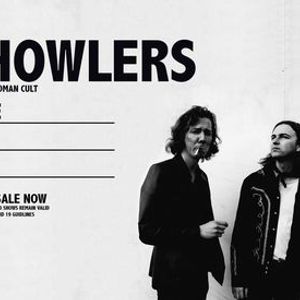 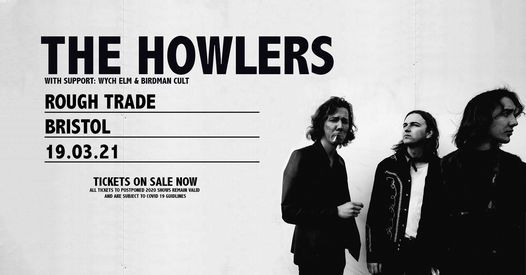 After postponing their Sell out April tour, London Desert Rockers The Howlers are back, quickly becoming known for their ferocious and broodingly emotive live performances earning the band recognition across the board with all 3 of the bands singles debuting on BBC Radio 1 in under 10 months and the likes of BBC Radio 6 Music, KEXP, Clash Magazine, BT Sport, Sky Sports, Soccer AM, UEFA Champions League and much much more backing the band.

“This band aren’t messing about, they are here to make a difference" - Jack Saunders, BBC Radio 1 (2019)

“Excellent, The Howlers are most certainly on my radar” - Steve Lamacq, BBC Radio 6 Music (2019)

wych elm, after the folktale namesake, birth a torn at the seams and raw breed of slacker rock. they embody their mental illness with cranking basslines and fragile guitar parts. they dig into offbeat themes such as susan smith who murdered her children in the 90s and more maternal themes. other than already doing their own headline shows in london at the five bells- they have supported bands such as kagoule, catholic action and leeches. from the muddy banks of bristol

"Storming single Janet"- Tom Robinson, BBC Radio 6 Music
‘I wanna meet Janet, she sounds like half the beautiful crazy people I know already’ - Chris Ingram, Fresh On The Net
“Some awesome singles have been unleashed and this one is no exception” - Charlie Ashcroft, Amazing Radio
“Really enjoyed listening to this putting the show together” Amy Lame, BBC Radio 6 Music
“Janet is just the kind of song that grabs you by the unmentionables and doesn’t let go until you promise to get up and dance. I loved the whip-smart storytelling and sing-along chorus, Great stuff.”
- NARC Magazine