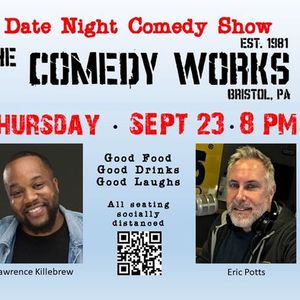 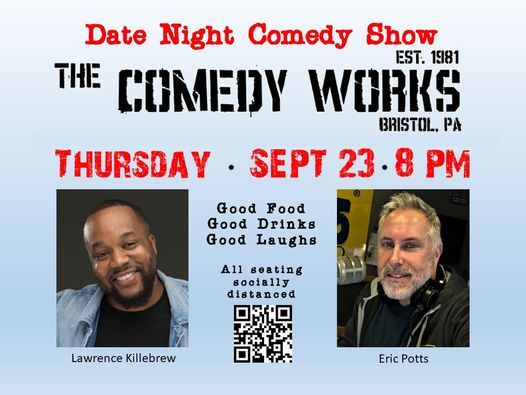 Comedy Works Bristol presents a “Date Night” of Comedy on Thursday, September 23, 2021 at 8 PM with Lawrence Killebrew and Eric Potts.
He made his national television debut when he was selected from a worldwide search of comedians to appear on Kevin Hart’s Comedy Central’s hit TV show, “Hart Of The City”. There will also be a guest MC/host on the show.
Tickets are limited (seating is socially distanced) and the doors will be open at 7 PM with food & drink (additional cost) available before and during the show.
Tickets for this special night of Comedy can be pre-purchased ON-LINE for $35 for two tickets. Tickets will be $20 at the door. 215-741-1661

Tickets for Date Night Comedy Show can be booked here.

Event Photos
There is no photo available at this moment
Nearby Hotels The Comedy Works Bristol, 1320 Newport Rd, Bristol, PA 19007, Bristol, United States
Report a problem ?