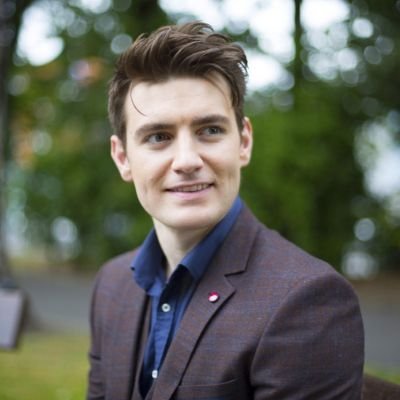 
Emmet Cahill, widely regarded as “Ireland’s most exciting young tenor” and star of PBS’ Irish music phenomenon Celtic Thunder, is on back tour in the USA this spring. It’s time to celebrate St. Patrick’s Day all March long with one of the most in-demand Irish music acts in the country!

In the five years that Emmet has toured as a solo artist, he's hit many milestones, including performing to a sold-out crowd at New York's Carnegie Hall. His debut orchestral album, "Emmet Cahill's Ireland" on the Sony Music USA label, went straight to number one on the Billboard World Music Album charts and he has been a featured guest artist with several US symphonies.

In 2017 Emmet had the honor of opening the NYC St. Patrick's Day Parade with a tender rendition of "Danny Boy" and last year on this most celebrated day for the Irish, he was invited to sing at the famed St. Patrick's Cathedral in New York City.

Don’t miss this evening of songs and stories from the Emerald Isle! General admission tickets are $30 and Meet & Greet + concert tickets are available for $45. Tickets may be purchased online at www.emmetcahill.com/tour-dates/ or at Highland Books in Brevard.

Tickets for Irish Tenor Emmet Cahill Live in Brevard, NC can be booked here. Get Tickets

You may also like the following events from Emmet Cahill Promotions: